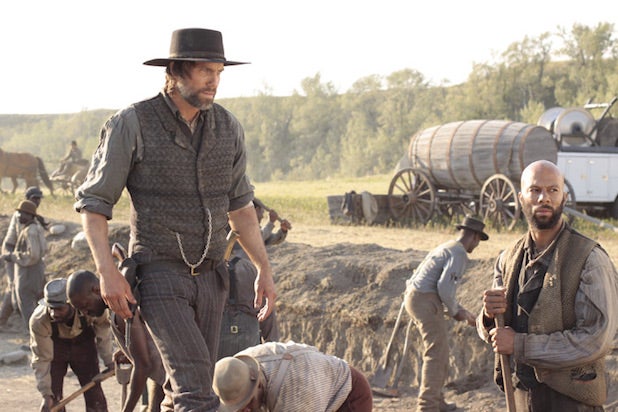 “Hell on Wheels” will stop rolling after its upcoming fifth season, AMC said on Friday.

The final season of the period drama, which stars Anson Mount as Cullen Bohannon, will return with seven new episodes next summer, with the final seven episodes airing in summer 2016, in keeping with the model that AMC has used to send off its hit dramas “Breaking Bad” and “Mad Men” on their swan songs.

“Hell on Wheels,” which returned with new episodes on Saturday, has averaged 3.4 million total viewers in its current fourth season in Live + 3 Day numbers, which takes into account viewers who tuned in for the initial telecast  and over the following three days.

“With season five of ‘Hell on Wheels,’ we are proud to bring our trans-continental journey to conclusion for the large, loyal audience that has traveled with Cullen Bohannon and his crew for so many years,” AMC president Charlie Collier said.

“We look forward to appropriately honoring ‘Hell on Wheels’ in this final season. Enormous thanks to the terrific writers, cast and crew for all they have achieved and for all that lies ahead in the Wild West.”