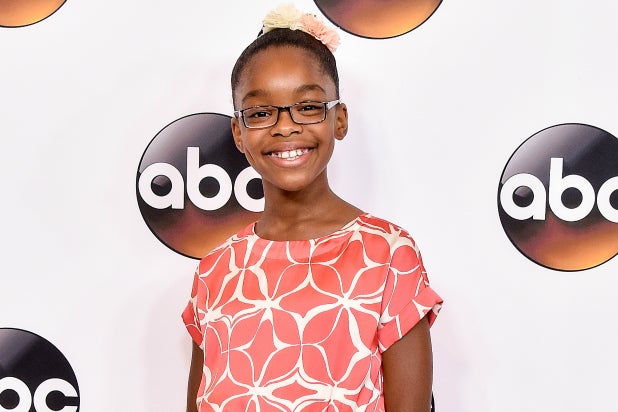 “Black-ish” actress Marsai Martin must be a real doll — the ABC star has been cast in the title role on Amazon’s upcoming American Girl live-action special, “Melody, 1963: Love Has to Win, an American Girl Story.”

Based in 1963 Detroit during the civil rights movement, “Melody” centers around a 10-year-old girl whose eyes are opened to the racial inequality that surrounds her, including the 1963 Birmingham Church Bombing, according to Amazon.

As a result, Melody’s belief in the indivisible promise of our country’s Pledge of Allegiance comes into question, and she challenges her teacher on its validity in light of the horrific tragedy, the official description continued. After an emotional journey of self-reflection, her mother gives her the courage she needs by reminding her that it’s important to stand up for what’s right, even when it’s hard or scary.

Christopher Keenan and Melinda McCrocklin are executive producers on the project for American Girl. The Melody journey was written and executive produced by Alison McDonald; it’s directed and produced by Tina Mabry. The whole franchise is based on original stories by Denise Lewis Patrick.

“Melody, 1963: Love Has to Win, an American Girl Story” premieres this fall on Amazon Prime video.