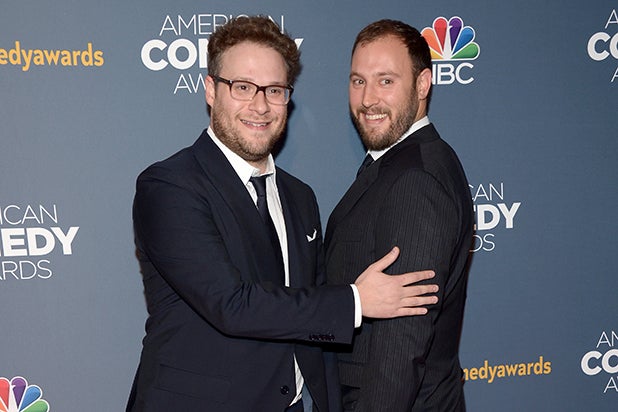 “American Gladiators” may be the next show to get the revival treatment.

The physical competition series — which pits everyday contestants against celebrities on an obstacle course — is being shopped around to networks by studio MGM Television, with Seth Rogen and his producing partner Evan Goldberg expected to executive produce, an individual with knowledge of the project tells TheWrap.

John Ferraro, the producer behind the original series, is also attached to the revival.

“American Gladiators” ran in syndication from 1989 to 1996 by studio Samuel Goldwyn Television (now MGM Television) and Ferraro. The series was briefly revived at NBC in 2008 with Hulk Hogan and Laila Ali as hosts.

The revival would join a long list of shows that have either already been brought back or are currently in the works, including “Will & Grace,” “Murphy Brown,” “Roseanne,” “Alf,” “$100,000 Pyramid,” “Aeon Flux,” “Amazing Stories,” “American Idol,” and “Animaniacs.”