Ricky Whittle stars in the adaptation of the Neil Gaiman novel, which portrays a war between the old gods of biblical and mythological roots and a new group of gods “reflecting society’s modern love of money, technology, media, celebrity and drugs.”

Additionally, Starz has released a new poster for the series, which will have its world premiere at the SXSW conference and festival in Austin  March 11. 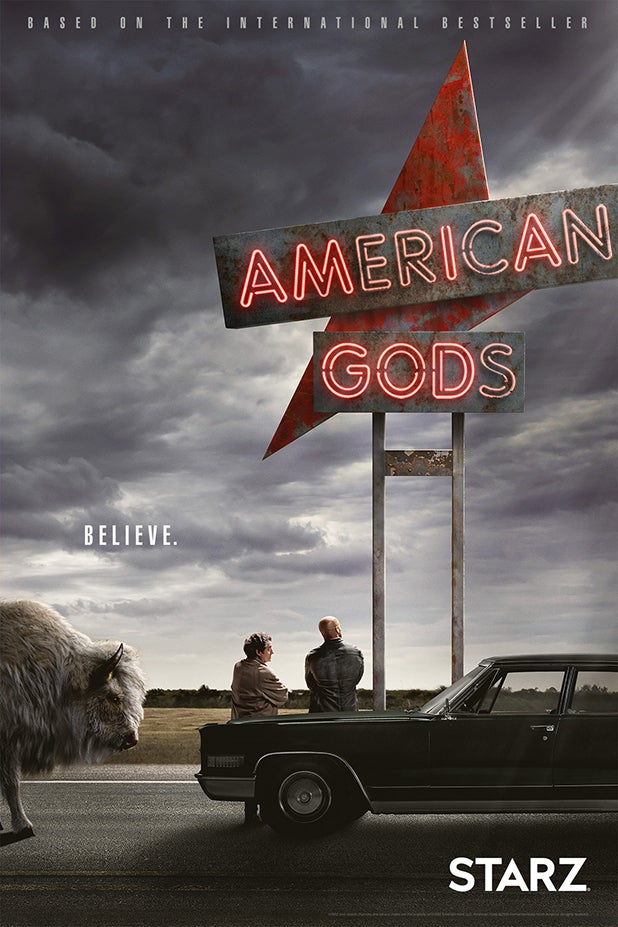