At first, he supports her as they try and get pregnant despite ongoing fertility issues. But after Liv gives birth to their baby, she grows paranoid, convinced that the demon statue she used for luck during conception summoned an actual demon. No such luck. It turns out that the voices she hears and the demon she swears she sees are Matt and his friends gaslighting her in an effort to drive her crazy and steal her money.

“These kinds of characters always come for me, I guess – I love playing layered, complicated characters,” the actor said. “For me, [this episode] was a chance to almost play two different people.” 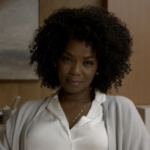 The actor says he manifested his character’s transformation by, in terms of thinking, splitting up the episode to properly get into the mindset of both sides of Matt.

“For the first half of the episode, I really wanted to focus on the way that he spoke and his mannerisms. He’s very soft and gentle, and I didn’t really raise my voice that much,” Rubinstein said. “But in the second part, when we reveal that Matt is behind it all, I sort of changed my walk a bit, became a bit more loose, a bit more arrogant.”

Rubinstein also says that twist took him completely by surprise.

“It was so epic. I was so legitimately shocked when I read it because there’s no hint or suggestion that Matt might be behind [the demon] or that he might be a bad person,” Rubinstein said. “I just thought it was so brilliant how [AHS] did it. It’s just so brutal because you want to root for this guy so badly, but he is not a good dude.” 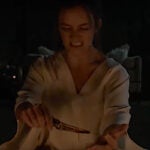 But alas, there can’t just be one twist in the “American Horror Story” world and so after it’s revealed that Matt and his friends are pretending to be the demon with various special effects and costuming, it turns out Liv is actually in control of a real demon, which she sends out to conduct some glorious (and gory!) revenge: Murder Matt’s friends, and frame him for the crime.

And that’s when he’s reduced to pleading and begging her for mercy (and money for an attorney) when she comes to visit him in prison.

“With the prison scene, I really had to take my time with it and really decide what I wanted to do. Luckily, I have Billie Lourd across from me – who gives me 100% even when the cameras aren’t on her, and I do the same for her – so it was a beautiful sort of dance that we did throughout the whole episode.”

“I’m pleading, but also I have to inspire her to help me out, knowing what she knows, knowing that I’m a bad person and that what I did was awful – it’s just so much to play with. It felt very much like an acting class,” he said.

Rubinstein also told TheWrap that Lourd and him tried different “tactics” when filming the scene.

“One of the very first ones was to work the charm that [Lourd’s character] probably initially fell in love with and be the guy that she might think deep down is still there, but that clearly doesn’t work,” the actor recalled. “Another was just pleading for your life and letting her know that if I work with a public defender then I’ll probably be in prison for life or get a death sentence and the other one was just pure chaos, just pouring my soul out, and whatever happens happens.”

“And what’s cool about film and television is that editors take one line from one tactic and one from another tactic – that’s the beauty of editing. I don’t even remember what take they used, but I’m happy with what they did with it,” he added. 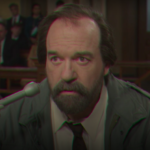