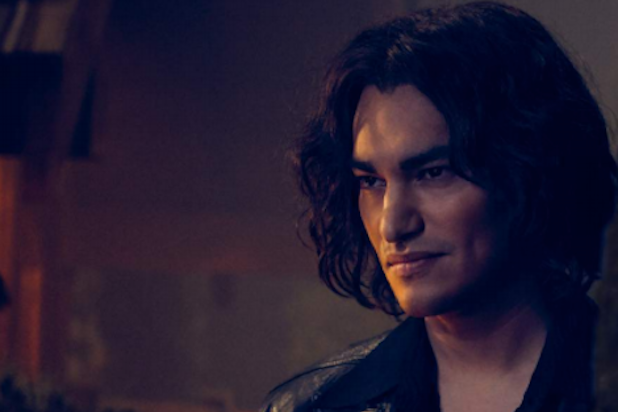 The second episode of “American Horror Story: 1984” showed the backstory of real-life serial killer Richard Ramirez, also known as the Night Stalker — and the FX show got his childhood down to a T.

Ramirez, dubbed the Night Stalker, terrorized Los Angeles in the ’80s and was convicted of 13 counts of murder in 1989. Zach Villa portrays him in the FX show.

In the second episode, Ramirez meets Leslie Grossman’s Margaret Booth, who is the owner of Camp Redwood, where Ramirez has followed Emma Roberts’ Brooke Thompson. He’s injured, so Booth tends to his wounds while listening to his backstory.

“The worst thing that ever happened to me? Everything,” Ramirez tells Booth. “Pain is all I’ve ever known. Pain is how the world has talked to me, so why shouldn’t pain be the way I talked back?”

He then explains that his mother worked in a boot factory when she was pregnant with him, where she breathed in dangerous fumes. According to A&E, this is true, and all of his siblings had birth defects ranging from respiratory problems to bone deformities.

Ramirez explains that a swing hit him in the head as a young child, and that from then on, he experienced seizures. This is also true, according to research by the Department of Psychology at Radford University in Virginia, Ramirez’s first head injury came from when a dresser fell on his head at the age of 2, which required 30 stitches. Then, at the age of 5, he was hit in the head by a swing and was knocked unconscious. At the age of 6, he started having seizures and was diagnosed with Temporal Lobe Epilepsy.

In a flashback, the show hints that Ramirez’s father was abusive. According to the researchers at Radford, this is also true: at age 6, Ramirez witnessed his father beating his oldest brother. According to Philip Carlo’s book “The Night Stalker: The Life and Crimes of Richard Ramirez,” his father was an angry man, which often led to physical abuse.

[Warning: the next paragraphs are extremely graphic.]

The show also indicates that Ramirez had a weird relationship with his cousin Mike, who lived with him and his family. In the show, Mike shows Ramirez photographs of women he tortured and raped during his time serving in Vietnam. This, according to Radford researchers and CrimeMuseum.org, is also based in fact.

Also Read: 'American Horror Story: 1984' - Here Are the Biggest Questions We Have After Episode 2

“Growing up, Richard was a troubled kid,” CrimeMuseum.org writes. “A lot of this was due to his older cousin, Mike, who had just returned from fighting in Vietnam. Ramirez’s cousin would tell him gruesome stories and show pictures of the torture he would inflict upon Vietnamese women. Mike introduced drugs to Ramirez, which consequently resulted in Ramirez committing petty crimes.”

The researchers also wrote that at age 12, Ramirez “started hanging out with his cousin Mike. Mike was a Vietnam war veteran and he began showing Richard graphic photographs of women performing oral sex on his cousin at gun point. Another picture shows Mike holding the severed head of the same women.”

And did his uncle murder his wife in cold blood right in front of his nephew? Yes. At age 13, according to the researchers, he “witnessed his cousin murder his wife.” According to A&E, Mike “later shot his wife in front of ‘little Richie.'” CrimeMuseum added that he was at the scene of the crime but didn’t do anything to stop it. Carlo’s book also confirms this occurrence.

“It happened to you because all of that had to happen to you to make you the man you are today,” Booth tells Ramirez after his flashback.

There is no evidence that Ramirez ever went to a summer camp, as he does on the show, or had interactions with characters like the ones of “1984.” The show has incorporated a real killer into a fake story, like countless stories about infamous killers like Jack the Ripper have done in the past.