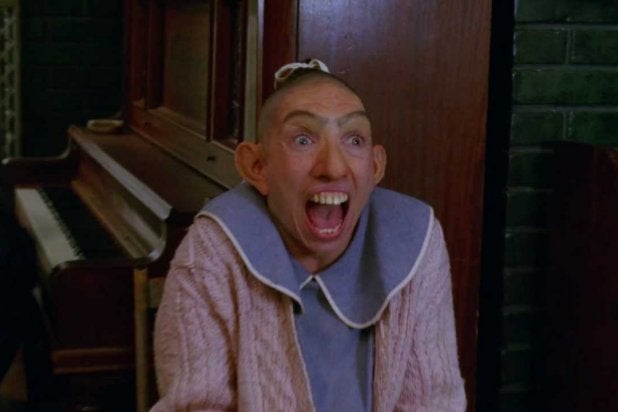 For the first time, two seasons of Ryan Murphy‘s FX anthology series “American Horror Story” will have a real connection, firmly establishing them as existing in the same world. Actress

Naomi Grossman confirmed via Twitter that she will be reprising her “” role as Pepper in the upcoming “Freak Show” season.

The confirmation follows several months of rumors that her “pinhead” character Pepper would recur in the new circus sideshow iteration of the series.

“AT LAST!!! I can stop lying to you people! I’m living in New Orleans and am bald as a cucumber!” Grossman tweeted, confirming her casting after Ryan Murphy spoke about it in an interview with Entertainment Weekly.

The current season of “AHS” takes place in 1952, which puts it more than a decade prior to the events of “Asylum.” Murphy told EW this this “is sort of like what happened to Pepper before she went to the asylum.”