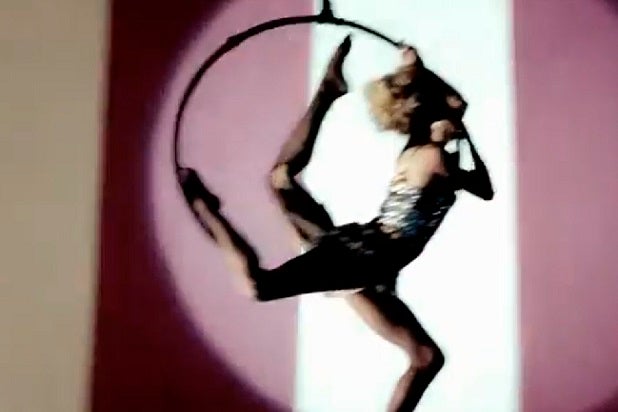 So far, we know that FX’s “American Horror Story: Freak Show” will feature a two-headed woman. And the world’s smallest woman. And now, apparently, a three-legged aerialist.

A new promo for the latest installment of Ryan Murphy and Brad Falchuk’s creepy anthology series has been released and, while it’s as brief and bewildering as the other sneak peeks that have been released, one thing’s for sure: It isn’t lacking in the limbs department.

The blink-and-you’ll-miss-it snippet features a person flying through the air with the greatest of ease on a hoop —  a benign enough sight, until it’s revealed that the aerialist is working with a third leg.

The new season of “American Horror Story,” which premieres Oct. 8, takes place in Jupiter, Fla., in 1952 and centers on a troupe of curiosities that have just arrived to town, coinciding with the strange emergence of a dark entity that threatens the lives of townsfolk and freaks alike.

Along with returning cast members such as recent Emmy winner Jessica Lange, Sarah Paulson and Gabourey Sidibe, the cast has also added newcomers such as Michael Chiklis, Patti LaBelle and “All My Children” veteran Finn Wittrock.