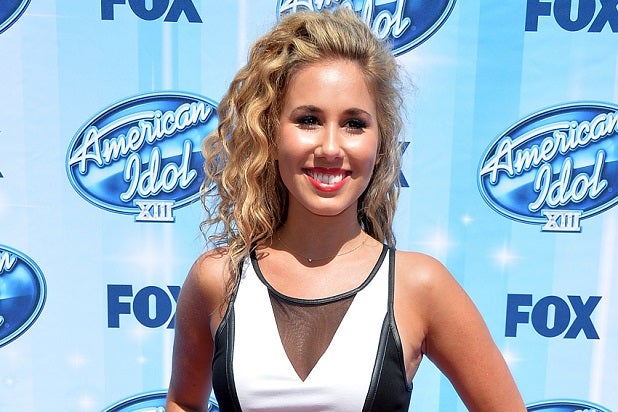 “American Idol” alum Haley Reinhart, who was arrested last July on a battery charge after allegedly punching a bouncer during an altercation at a Palatine, Illinois, bar, has been found guilty in the case, the Chicago Tribune reports.

Reinhart, who placed third in the 10th season of the singing competition, was ordered to pay approximately $650 in fines and court costs. If the singer doesn’t run afoul of the law in the next two years, the conviction will be struck from the record.

The singer testified during Monday’s trial. However, Judge James Karahalos found her testimony “evasive, argumentative and sometimes implausible,” according to the Tribune.

After the hearing, Reinhart said that the case was “a very unfortunate circumstance. There was no bad intention on my part.”

Reinhart added that she’s “not a trouble starter.”

TheWrap has reached out to Reinhart’s camp for comment on the verdict.

Based on surveillance video of the incident, Judge Karahalos said that Reinhart “really hauled off and punched him.”

According to police, officers were called to the Lamplighter Inn at approximately 2 a.m. on a report of unwanted subjects.

Upon their arrival, they were told that a number of patrons, Reinhart among them, were asked to leave after knocking over a table. As they were being removed from the premises, Reinhart began arguing with a security staff member and punched him in the head with a closed fist, police said.