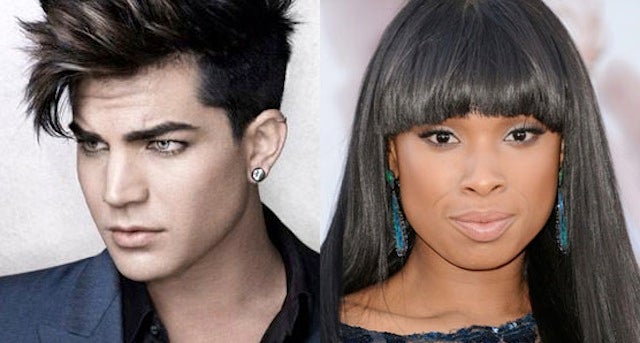 It’s widely known that Fox’s “American Idol” has been in constant flux in the time since Season 12 wrapped. Shrinking ratings has led to all but one judge, Keith Urban, moving on and both founding executive producers fired and replaced.

And as one after another artist turns down the gig (Kelly Clarkson, Will.I.Am, Dr. Luke, etc.), it begs the question of why it has decided to pass over alums Jennifer Hudson and Adam Lambert — both having expressed a desire to join the show.

When the producers were hot on the idea of an all-alum panel, Hudson came on, struck a deal and then waited as the series weighed its options. While it chased its inaugural winner Clarkson — who was firm in her desire not to join the panel — Lambert also made it clear that he was game.

And, yet, producers decided that an all-alum panel wouldn’t work without Clarkson and ditched the idea all together. Even as Hudson waited in the wings, they went back to their safe place and started negotiating with former judge Jennifer Lopez. Urban was called back, and now they’re having a tough time filling the third spot.

Even without an all-alumni panel in the works, Hudson and Lambert would make excellent choices for judges. Not only would they remind the show’s viewers of its ability to make stars even if one doesn’t win — star-making is the biggest thing that separates “Idol” from its competitors currently — but they both also have careers that would stand up against most artists in the industry today. Note: The thunderous welcome both received during their appearances on last Sunday’s MTV Video Music Awards.

Hudson has won an Academy Award, a Golden Globe, a SAG Award and a Grammy. With two albums under her belt, she has sold more than 1.2 million albums in the U.S. alone. And she appeals to black audiences — something “Idol” wanted with Minaj and reportedly still wants on its upcoming panel.

Lambert parlayed his runner-up status on the show’s eighth season into a Top 10 album and Grammy award nomination. He is also the only “Idol” alum to undertake a world tour in the year following their season. He has two successful albums behind him. And let us not forget his army of fans, lovingly dubbed “Glamberts.” They’re an attractive set of young people for advertisers.

We can think of a few reasons why “Idol” would decide not to bring on either performer for Season 13. First, it got cold feet about reinventing itself. As you can see, it’s bringing back two former judges and is even in reported talks to bring Randy Jackson back to replace Jimmy Iovine as mentor.

Second, it’s afraid of fan backlash. Not so much for Hudson, but for Lambert. “Idol” has been accused of being an unwelcome environment for gay contenders — most choosing to stay closeted while competing, Lambert included. With its ratings troubles, is it afraid to turn off Middle America with an openly gay judge?

And third, it doesn’t know what it wants. With a lot of pressure from the network to turn the show’s ratings losses around and an all new set of executive producers who would love to keep their jobs beyond next season, the show doesn’t know what it wants for its final judges’ seat. Does it want performers like Will.I.Am or Harry Connick, Jr.? Or music producers/executives like Dr. Luke or Scooter Braun?

Hmm, maybe they should focus on someone who would say yes.

In the end, it remains to be seen if judges even matter at all at this point. The show’s decreasing viewership has been a tide it couldn’t turn around for several seasons now — even with certified superstars like Mariah Carey and Nicki Minaj.

Nevertheless, Hudson and Lambert could have been great (and willing) additions to the Season 13 panel, but it looks like we will never know for sure. “Idol’s” loss.