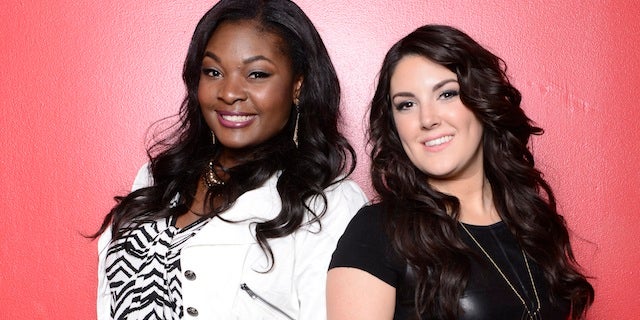 Round 1 had the women singing a song choice from "Idol" creator Simon Fuller. That was followed by Round 2's sneak peek at what the women would release if they won, their first song single. The night ended with some nostalgia: The women reprised their favorite song of Season 12.

It was a fairly low energy night – even pop singer Carly Rae Jepson left us wanting some more hop in her step while performing an entirely crowd-sourced song for Coca-Cola. Let's just say it wasn't the most exciting "Idol" finale competition we've seen.

That said, we can tell you who we think the winner should be: Candice. She just comes off to us as having a more original take on the night's choices – something she has exhibited all season actually, a thing called artistry.

That's our opinion, but what did the rest of the media sphere think?

Buzzfeed's former Los Angeles Bureau Chief and writer of the book, "American Idol: The Untold Story," Richard Rushfield, was pretty sure who would take the title.

Candice just easily won #Idol. The energy inside Nokia was in her favor.

TVLine writer Michael Slezak definitely has his winner, but remained cautious. He wrote, "It was Ms. Glover who ended the evening with a brutal (musical) left hook that should (but might not necessarily) put her in the history books alongside Kelly Clarkson, Fantasia Barrino, Carrie Underwood and Jordin Sparks – the franchise’s four previous female winners."
Pick: Candice

Meanwhile, Entertainment Weekly's Annie Barrett didn't think either competitor made a misstep on the Nokia Theater stage, but she had her winner. "Kree is a finely tuned, consistent performer who can go far in the real world, but Candice can put on one hell of a SHOW in reality TV land," she wrote. "Her vocal gymnastics are just insane. And contrary to what the judges suggested over the course of the season, I see no reason she couldn’t sell a soul record in the style of Adele."
Pick: Candice

"Today" contributor Craig Berman cited judge Randy Jackson's comment that Candice has the full package, then wrote, "She certainly did at the finish, and that’s why she’ll probably be crowned the 'American Idol' Season 12 champion on Thursday."
Pick: Candice

"I feel like you have to go with Candice," wrote Billboard's Kevin Rutherford, who named Candice the winner in two out of the three rounds on Wednesday. He then considered both competitors' consistency during the season. "[Candice's] performances leading up to this week have always been stellar, with very minimal missteps," he remarked. "The same can't be said for Harrison, who finally woke up tonight, albeit a bit too late."
Pick: Candice

Including our choice, that's six votes for Candice and just one for Kree. But, the winner is up to America. Which finalist got your vote?