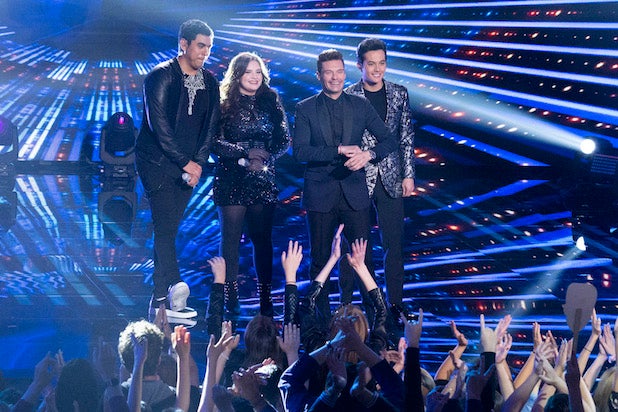 “American Idol” ended its second season on ABC Sunday night — and 17th season overall — with a lower key-demo rating and total-viewer tally than the ones posted by the revival’s year-ago finale.

The revival’s three-hour season closer was down 19% in the advertiser-coveted adults 18-49 demographic (1.3 rating vs. 1.6 rating) and down 11% in total viewers (7.708 million vs. 8.629 million) compared to the end of “Idol’s” first season on ABC, according to overnight data from Nielsen.

But it’s important to keep in mind that last year’s finale aired on a Monday, not a Sunday — and it didn’t have to compete with the series finale of “Game of Thrones.”

Sunday’s “Idol” was down a bit versus the week-ago episode’s overall-audience count, but ticked up among adults 18-49 and was the highest-rated primetime program, bringing ABC first in both the key demo and total viewers.

Meanwhile, Noah Wyle’s “The Red Line” finished its bumpy run on CBS with a quiet finale, which was steady with the show’s previous weak numbers, settling for a 0.3/2 rating among adults 18-49 and 3.4 million total viewers.

ABC was first in ratings with a 1.2 rating/5 share in the advertiser-coveted 18-49 demographic and in total viewers with an average of 7.2 million, according to preliminary numbers. At 7, “America’s Funniest Home Videos” ended its season with a 0.7/4 and 5.4 million viewers. The “Idol” Season 2 finale aired from 8-11 and put up the previously mentioned 1.3 and 7.7 million viewers, plus a 5 share.

Fox and Univision tied for fourth in ratings, both with a 0.4/2. Univision was fourth in total viewers with 1.4 million to Fox’s fifth place with 1.1 million. Fox aired comedy repeats and the film “Hotel Transylvania 2.”