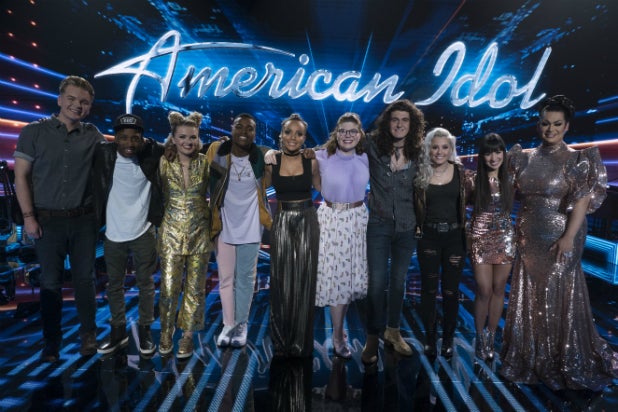 ABC executives are toasting with Coca-Cola (or whatever the new sponsor is) this morning: “American Idol” just came the closest it ever has to matching “The Voice” in TV ratings.

NBC ended up topping ABC in primetime averages by just one-tenth of a Nielsen point in the key adults 18-49 demographic, and finished first in overall audience averages by a few hundred thousand viewers.

CBS was in third place on Tuesday, when James Corden’s “Late Late Show Carpool Karaoke Primetime” special shed some viewers from last year. The network aired a bunch of reruns early in the day part, which served up a soft lead-in for the 10 o’clock hour.

CBS was third in ratings with a 0.9/4 and in viewers with 5.3 million. Following reruns, the Corden special received a 0.8/3 and 3.8 million viewers.