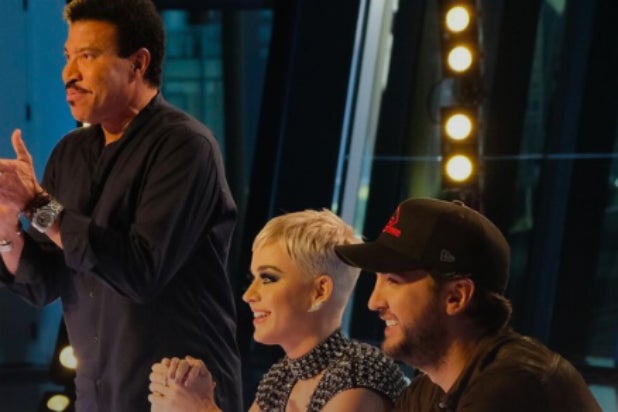 Settle down, “American Idol.” Oh wait, that’s exactly what the new ABC singing competition did Monday night in terms of its Nielsen ratings.

NBC’s “The Voice” clobbered ABC’s new property, as “Idol” dropped 22 percent from its Sunday return. With “The Good Doctor” beating up on “Good Girls” at 10 p.m., the Disney-owned broadcast net nearly matched NBC’s primetime average in the key 18-49 demographic, ultimately coming up one-tenth of a ratings point shy.

At least “Idol” continues to improve upon its ABC time slots.

With CBS in all reruns, NBC topped the 8-11 p.m. averages outright, claiming total viewers too.

CBS and Fox tied for third in ratings, both with a 0.8/3. CBS was third in total viewers with 5.5 million viewers, Fox was fourth with 3.4 million.