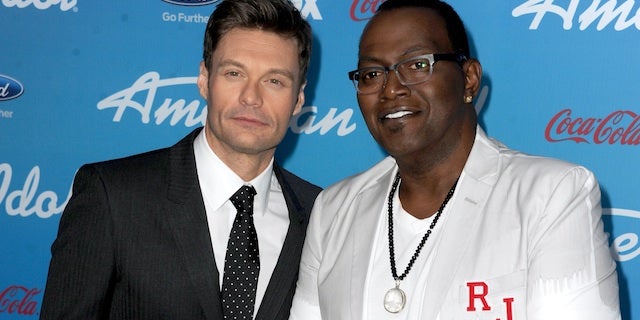 TheWrap reported on Wednesday that all four judges wouldn't be returning for Season 13 of Fox's "American Idol." So, it didn't come as too much of a surprise to us when original judge Randy Jackson announced he's leaving the show on Thursday.

Apparently, the news did take host Ryan Seacrest by surprise.

"Of course, a little later on, we'll be revealing who is leaving our show," Seacrest said as he threw some looks Randy's way as the veteran judge laughed it off on Thursday's Top 3 results episode.

"Maybe a heads-up?" the host asked.

Also read: Is This 'Idol's' Worst Week Ever?

It will be the end of a long professional relationship for the two. Seacrest and Jackson both started back on Season 1 in 2002 and have watched several of their colleagues go over the decade since.

Jackson announced his departure on Thursday, saying "I'm very proud of how we forever changed television and the music industry. It's been a life-changing opportunity."

The musician, record and TV producer says he'll be focusing on his company, Dream Merchant 21, as well as other business ventures.

Mariah Carey, Nicki Minaj and Keith Urban are expected to be leaving after this season as well, the insider told TheWrap.

Candice Glover and Kree Harrison were announced as this season's finalists. They will compete for the title on the "American Idol" finale next Thursday.