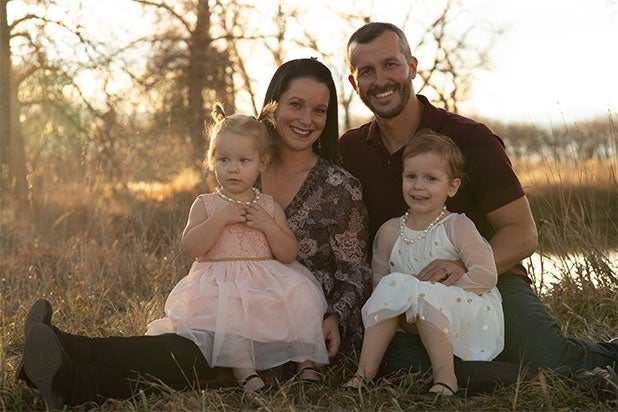 (Spoiler alert: Do not read on if you don’t want to know what happens in Netflix’s “American Murder.”)

On Aug. 13, 2018, Chris Watts murdered his pregnant wife Shanann and his two daughters, four-year-old Bella and three-year-old Celeste. Yet, it would take three months for him to tell authorities the true story of what transpired that night.

From the time Shanann Watts and her daughters disappear, authorities and friends became aware that Chris Watts was not the man he made himself out to be. And that he wasn’t always truthful in his marriage to Shanann, whom he’d been married to since in 2012.

See below for 9 most shocking revelations from the documentary, hitting Netflix on Wednesday.

1. What Was Left Behind, and What Was Taken

When the police searched the house with Chris Watts there, authorities soon found that Shanann Watts’ wedding ring, purse, medication and phone were in the house, but the kids’ blankies were gone.

Shortly after the disappearance, he told authorities he had no idea where his wife and kids had gone, and kept pleading to to the media for their safe return.

Watts weirdly consented to a polygraph test, and the tester said that no one would do the test if they were guilty. But soon, she realized that something was off.

“Your breathing is all over the place,” she said, and he tried to calm himself down.

Later, we find out he did not pass the Polygraph test — but Watts remained adamant that he did not lie during the test.

4. Chris Watts Was Acting Weird Weeks Before the Murders

Text messages from Shanann to her friends revealed that she was unhappy with the way her marriage was going in the weeks leading up to the murders — she would tell her friends that Chris wasn’t reaching out when either of them were away on business trips, and that he didn’t kiss her after five weeks apart.

“I want to cry,” she wrote in one text, and she accused him of having an affair because he wasn’t interested in sex even after over a month apart.

“Something changed in the last five weeks,” she wrote.

5. He Did Have an Affair

Nichol Kessinger told authorities that she met Chris Watts at work in June 2018, two months before the murders would take place. According to her, Watts said he had two daughters but was separating from his wife. From there, the relationship did develop past a friendship level, she said.

When it became clear he lied on the Polygraph test, he told investigators that in response to him asking Shanann for a separation, Shanann smothered the kids and he “freaked out and did the same thing to her.” Authorities continued asking him whether that’s the story he wanted to stick with, and when he continued, he told officials that the girls were put in 20-foot tanks at the oil-storage site where he worked. Shanann was buried close to the site.

He kept saying, “I did not hurt these girls.”

Chris Watts pleaded guilty to 9 counts, including the murder of his kids. In November, he finally confessed to killing his wife and children. In a follow-up interview from prison, he told the full story of what happened.

He fought with Shanann about wanting to separate and strangled her to death. Apparently, she had told him that he was never going to see his kids again, and from there, he said it was “implanted that he was going to do it.” “She wasn’t fighting,” he told authorities.

While moving her body, Bella and Celeste woke up and asked what was happening. Telling his kids their mother is sick, he loaded her body and his two daughters into his truck (he laid the dead body on the floor, with the two girls sitting on the seats) and drove to the oil site, where he smothered the girls one by one.

“Couldn’t I have saved my girls’ life?” He questioned to authorities.

8. His Behavior After the Murders

According to authorities, he made phone calls after the murders and called the girls’ school to un-enroll them. He also apparently texted a realtor to sell the house, and texted his girlfriend.

After giving Chris Watts three life sentences, the presiding judge said that this was the most “vicious and inhumane” crime he had ever dealt with.