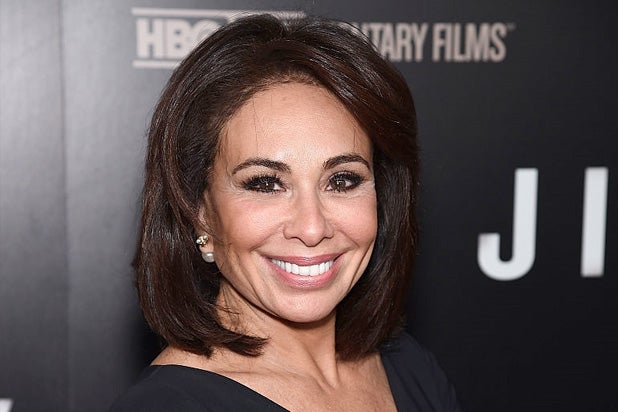 The Council on American-Islamic Relations is calling on all advertisers to drop Fox News until the network fires hosts Jeanine Pirro and Tucker Carlson due to comments by both hosts that the civil rights group called “Islamophobic.”

“Fox News must clearly state that Jeanine Pirro will not be allowed back on the air after her long history of Islamophobic hate rhetoric and the network must also take similar action against other Islamophobic hosts like Tucker Carlson,” CAIR National Executive Director Nihad Awad said in a statement. “All existing advertisers should drop their ads on Fox News to ensure that they are not associated with the promotion of hate.”

The council (more commonly known as CAIR) is one of the largest and most influential civil rights organizations for Muslim Americans.

Fox News preempted Jeanine Pirro’s weekly Saturday show on Saturday one week after the former federal judge suggested on air that Rep. Ilhan Omar may not fully support the United States Constitution because she is a Muslim — a statement that the network said last week that it “strongly condemns.”

CAIR has also singled out statements that Carlson made on the radio show of a Florida shock jock between 2006 and 2011 that the liberal media watchdog group Media Matters for America recently resurfaced.

“Iraq is a crappy place filled with a bunch of, you know, semiliterate primitive monkeys — that’s why it wasn’t worth invading,” Carlson said during one interview from 2008, and in another imagined a presidential candidate who would blame “lunatic Muslims who are behaving like animals.”

Fox News did not immediately respond to a series of questions about the CAIR statement.

Even as dozens of advertisers have dropped Carlson’s show in recent months over comments about immigrants and women, the network has repeatedly vowed to stand the primetime host and insisted that it would never bow to pressure campaigns from Media Matters or anyone. (The network has been notably less vocal in its support of Pirro, offering no comment on when or if she might return to the air.)

Both hosts however got a big assist over the weekend from their most famous fan, the President of the United States. In a series of tweets on Sunday, Trump rebuked the network after Pirro’s show was preempted and urged Fox to stand strong behind both hosts.

“Bring back @JudgeJeanine Pirro. The Radical Left Democrats, working closely with their beloved partner, the Fake News Media, is using every trick in the book to SILENCE a majority of our Country. They have all out campaigns against @FoxNews hosts who are doing too well,” Trump scolded. “Fox must stay strong and fight back with vigor. Stop working soooo hard on being politically correct, which will only bring you down, and continue to fight for our Country. The losers all want what you have, don’t give it to them. Be strong & prosper, be weak & die!”

“Keep fighting for Tucker, and fight hard for @JudgeJeanine,” he concluded. “Your competitors are jealous – they all want what you’ve got – NUMBER ONE. Don’t hand it to them on a silver platter. They can’t beat you, you can only beat yourselves!”