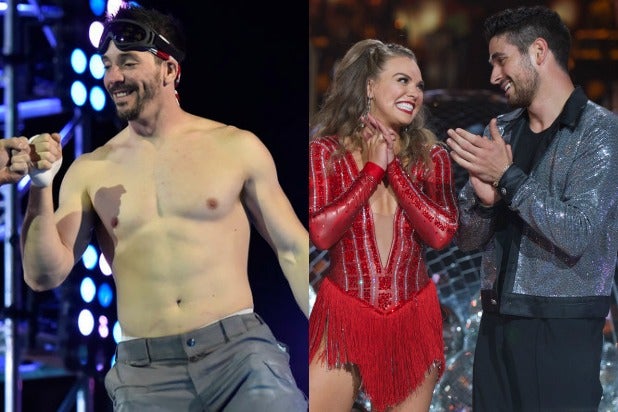 NBC’s warriors mounted up on Monday. The season finale of “American Ninja Warrior” beat ABC’s “Dancing With the Stars” premiere in ratings among adults 18-49. “DWTS” was still the night’s top show in total viewers, however, with a boost of attention from the first appearance by former Trump White House spokesman Sean Spicer.

Both NBC and ABC aired specials at 10 p.m. that proved to not be very special. NBC ended up winning primetime in the key demo, while ABC finished first in terms of eyeballs.

On Fox, the “So You Think You Can Dance” finale didn’t disrupt the top of the Nielsen rankings.

The “DWTS” premiere was flat year over year in the main demo and up 4% in total viewers.

Also Read: Christie Brinkley Withdraws From 'Dancing With the Stars' After Rehearsal Injury Leads to Surgery

The CW was seventh in ratings with a 0.2/1 and in viewers with 1 million. Though CW scheduled all repeats, the network aired the New York Jets game in the No. 1 market in the world.