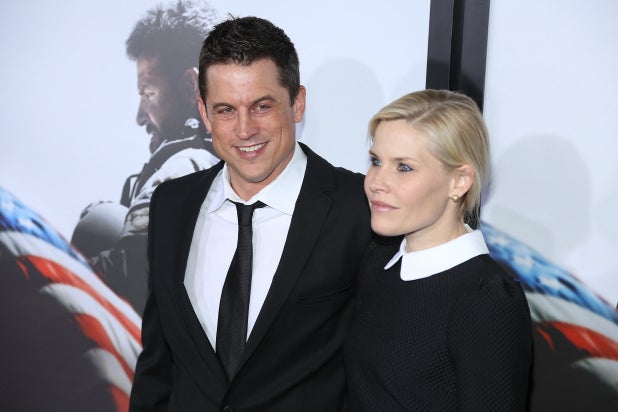 Oscar-nominated writer Jason Hall has been tapped to write and direct “Unstoppable” for 101 Studios and Dwayne Johnson and Dany Garcia’s Seven Bucks Productions.

The true-life inspirational sports flick will follow Anthony Robles who, despite being born with one leg to a single-parent family on the wrong side of the tracks, overcame every obstacle to become an undefeated collegiate wrestling star, three-time All-American, 2011 NCAA National Champion, two-time ESPY Award winner and a National Wrestling Hall of Fame inductee.

The latest draft of the script was written by John Hindman, based on Robles’ memoir “Unstoppable: From Underdog to Undefeated: How I Became a Champion,” published in 2012 by Penguin imprint Gotham Books.

“I grew up wrestling, and I remember tuning into the 2011 NCAA wrestling finals and getting goosebumps as I watched this kid vault out of the tunnel on crutches, toss them down, take the mat and dismantle the reigning national champ” Hall said in a statement. “As miraculous an achievement as that was, the personal obstacles he faced off-the-mat were even more challenging. This is a tale of determination, perseverance and sacrifice and I’m honored to be telling the Robles’ story at a time when the world is so desperately in need of real heroes.”

Hall made his directorial debut with the 2017 war drama “Thank You for Your Service,” which starred Miles Teller and was produced by Steven Spielberg.

“Jason Hall has a magnificent reputation as both a screenwriter and director and I couldn’t be more excited to work with him on Unstoppable,” Robles said in a statement. “His films are about perseverance, resilience, and overcoming adversity, which are all pillars of my story as well. There couldn’t be a better choice of director than Jason.”

Earlier this month the studio released the 2018 Sundance film “Burden,” starring Forest Whitaker as a pastor who takes in a reformed former Ku Klux Klan member, in a five theaters.

101 Studios has recently acquired U.S. rights to “La Belle Epoque,” a French comedy from director Nicolas Beods; the film and TV rights to “Paradise Found,” a non-fiction book written by Bill Plaschke about a group of survivors caught in the 2018 fire that ravaged Paradise, Calif; and U.S. distribution rights to “Mosul,” an Iraq War drama funded and produced by Anthony and Joe Russo’s production company AGBO

Also Read: David Armstrong's Expose of the Sacklers' Role in Opioid Crisis to Become a Film for 101 Studios

What's Next for Bong Joon Ho, Joaquin Phoenix and the 2020 Oscar Winners (Photos)

The Academy Awards can change careers in a way no other award can. Brie Larson went from winning an Oscar for "Room" to becoming Captain Marvel. Rami Malek has jumped from "Mr. Robot" to James Bond villain thanks in part to his star-making victory in "Bohemian Rhapsody." With that in mind, what lies in the future for this year's Oscar winners?