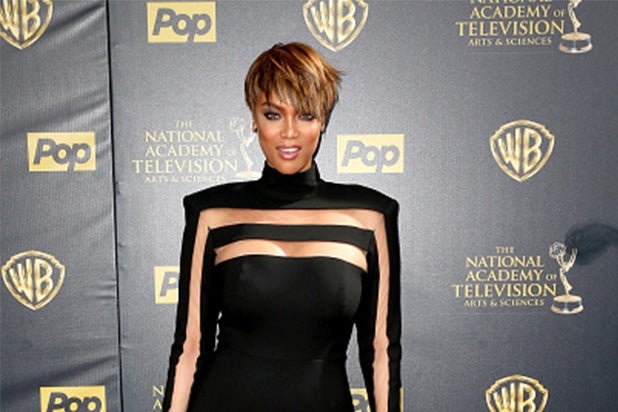 UPDATED, Thursday 4:09 p.m.: In a statement to TheWrap on Thursday, the producers of “America’s Got Talent” said that the lawsuit is “rightfully being dismissed.”

“We take great care of all acts that cross the AGT stage and their families,” the statement continued. “Tyra has been an incredible addition to AGT with her vibrant energy and maternal nurturing spirit, and we look forward to continuing to watch her positive influence on the show.”

If there was a contest for picking on children, Tyra Banks would probably take first prize. Or, at least, that’s the suggestion of a lawsuit filed by a woman who claims that her daughter was physically manipulated and verbally abused by “AGT” host Banks.

In the lawsuit, filed in Los Angeles Superior Court on Monday, the woman — identified as Jane Doe in the suit — claims that she and her husband auditioned for “America’s Got Talent” in New York in January, performing a song about motherhood, which “held a certain long-term emotional importance” to her minor daughter, identified in the suit as Mary.

According to the suit, “the song celebrated Mary’s birth and the family bond among the members of her family.”

In March, the suit says, the family was flown out to Los Angeles to perform the song for a taped audition, and were “publicly humiliated” by the panel judges and a member of the audience.

According to the suit, Mary was instructed to “act embarrassed and annoyed by her parents’ performance.”

Banks, the suit says, “physically manipulated and verbally abused Mary,” shaking her shoulder and pulling her hair back. The model/TV judge also allegedly “insinuated that Mary was accidentally conceived, made fun of the performance and ridiculed [the song] in front of Mary, all in front of active cameras that were filming Mary.” Ouch!

As a result, the suit says, Mary experienced “emotional distress.”

TheWrap has reached out to Marathon Productions, named as a defendant in the lawsuit, for comment.