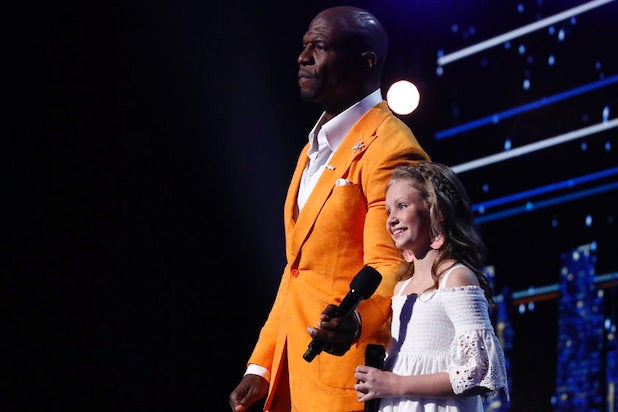 “America’s Got Talent” had a better Tuesday this week than last, and NBC widened its primetime ratings lead over ABC last night.

ABC was second in ratings with a 0.8/4 and third in total viewers with 3.2 million. A two-hour “Bachelor in Paradise” from 8-10 got a 1.0/5 and 4 million viewers. Reruns followed, dragging down the network’s averages.

CBS, Telemundo and Univision all tied for third in the key demo’s ratings, each with a 0.4/2. CBS was second in total viewers with 4.5 million, airing repeats of “NCIS,” “FBI” and “NCIS: New Orleans.” Telemundo was fifth in viewers with 1.14 million, Univision was sixth with 1.11 million.