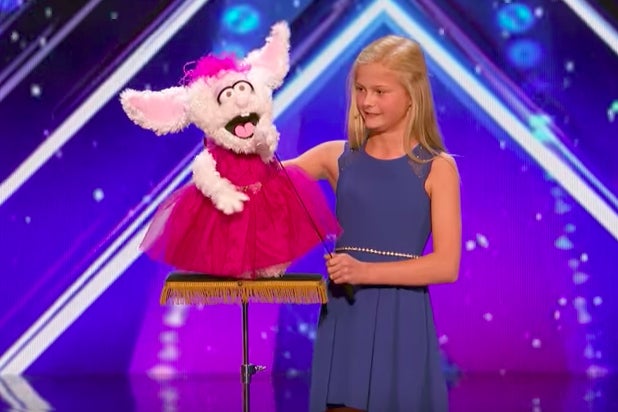 Darci Lynne Farmer has had quite a week. The 12-year-old ventriloquist was one of the breakout stars from this week’s Season 12 premiere of NBC’s “America’s Got Talent,” but she was definitely not without her share of anxiety before her big moment.

“I was so nervous I thought I could throw up,” Farmer told TheWrap about appearing on the episode, which was the competition show’s most-watched season premiere in six years. “I thought of everything I could do wrong.”

As it turns out, everything went right with her rendition of “Summertime,” which she belted out with help from her rabbit puppet named Petunia. The tune earned a rapturous response from the judges and caused Mel B to hit the golden buzzer. Video of the performance already has over 130 million views on Facebook and more than 4.5 million on YouTube.

“When I finished my performance, I felt a little bit of relief that I finished, and it was done, and I didn’t have to worry anymore, and that was when I start tearing up,” says Farmer.

The Oklahoma City native says she got started in ventriloquism by teaching herself in front of her bathroom mirror, and has now been working with a coach for a year and a half. She hopes to have a ventriloquism show after this season is over but for now is just enjoying the moment. “It feels unreal — it feels like a dream,” she says.

Another standout from the “AGT” premiere was Demian Aditya, who performed a death-defying illusion that involved him getting buried in sand. The escape artist tells TheWrap that he was “so nervous” because it was his first time performing without his full magic team.

Aditya adds that seeing Simon Cowell give him a standing ovation was “the most beautiful moment in my life.”

“America’s Got Talent” airs Tuesdays at 8 p.m. ET on NBC.