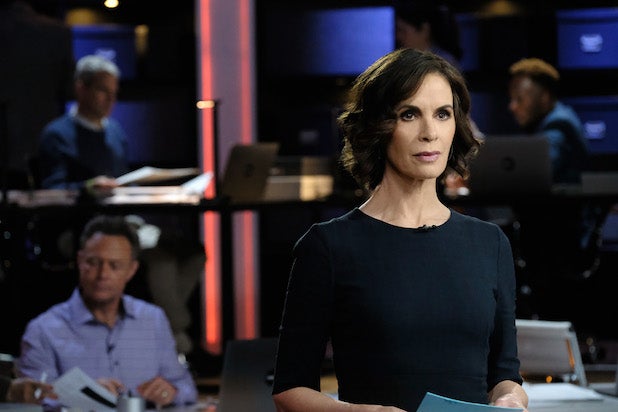 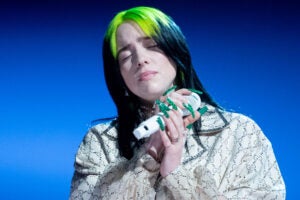 And in real time, too

After almost a decade off the air, “America’s Most Wanted” returns Monday to its home network, Fox, with an Elizabeth Vargas-hosted revival. And while the show is returning at a time when we’ve hit peak true-crime TV, the new face of “America’s Most Wanted” says it’s bringing one thing to the table that none of those other shows can: offering “viewers the chance to actually do something” — and in real time, too.

“We have phone banks of law-enforcement officials taking tips in real time, as we air,” the Emmy-winning “20/20,” “World News Tonight” and “Good Morning America” vet told TheWrap. “So we have people who will check out these tips from our viewers, instantaneously, right away… Whether they reach us on Instagram, or Twitter, or text us, or call us, we’re standing by to be able to take these tips and check them out and see if any of them lead to arrests.”

At the time of its 2011 cancellation, the original John Walsh-hosted “America’s Most Wanted” was Fox’s longest-running program (a title now held by “The Simpsons”). Over its 25 seasons (the last of which aired on Lifetime), “AMW” helped capture more than 1,186 criminals, including 17 on the FBI’s 10 Most Wanted list, and reunited 43 missing children with their families.

During the first few episodes of the show’s revival, Vargas says the team will dive back into a story that was featured on the original series and update the case with new information. That’s just one example of how the new “America’s Most Wanted” has benefited from the developments that have occurred since it went off the air. The others are, as you probably assumed, include the use of social media and advancements in technology.

“There will be some things that are the same in the show,” Vargas said. “We have three stories that we tell in depth. I will have in the studio with me some of the original detectives who worked on the case, as well as victims of the crime who are desperate for this fugitive to be caught. So that will be very similar to when it first ran. The differences are that in the 10 years since ‘America’s Most Wanted’ went off the air, there’s been an explosion in technology. People now have an HD camera in their pocket in the form of their phone. And they can instantly take pictures and videos and text us and reach us on social media platforms. It’s just an unbelievable interconnectedness.”

And the re-enactments that “America’s Most Wanted” is known for are going to look a lot different from the ones fans watched in the late ’00s. 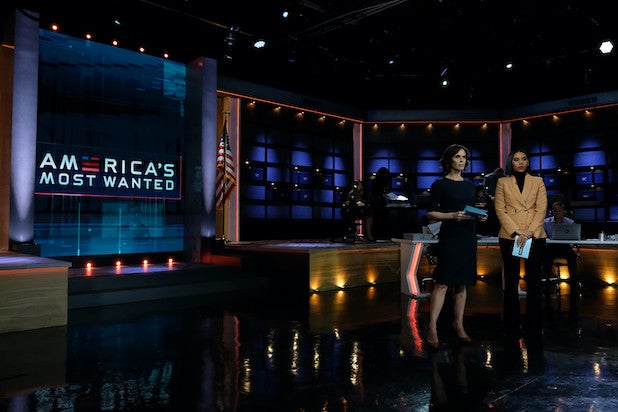 “In the studio, we have this new augmented reality, these 3-D life-size avatars that stand next to me and I can walk around and point out distinctive tattoos on different fugitives,” Vargas said. “Or in the case of one fugitive, a deformity on his thumb that even if he changed his appearance, he wouldn’t be able to change that. So all sorts of ways for our viewers to more quickly and easily recognize and, hopefully, catch these guys.”

Each week, Vargas will ask for viewers’ help as she breaks down cases from the show’s new headquarters, consulting with a team of experts representing law enforcement units such as the FBI, U.S. Marshall’s Service and the Secret Service. And as someone who has reported on true-crime stories throughout her decades-long career, Vargas is in a unique position to be able to call the new “America’s Most Wanted” “a very unique show.”

“It not only gives viewers their true-crime fix — but it’s the only show that also offers viewers the chance to actually do something,” she said. “And to be not just armchair detectives, but to call in and look for, and hopefully help catch, the people who committed these crimes.”

Among the many notorious true-crime stories that Vargas has covered are those of Amanda Knox and JonBenét Ramsey, which she says sparked calls and letters from viewers after specials aired, with people saying, “‘I think I might know something to help solve this story’ or ‘I can help catch this fugitive’ or ‘I know who committed this murder.'”

“But we were not set up to do anything with that information. Now, with this show, we are. And that’s the one difference between this show and every other true-crime show out there. We not only tell the true-crime story, but we offer our viewers a chance to actually do something about it and to help bring justice to these victims, because it’s gut-wrenching talking to the victims of these crimes who are desperate for justice and a resolution to this nightmare that they’re living.”

When Fox announced it was reviving “America’s Most Wanted” back in January, Walsh — who is not attached to the revival — gave his blessing for the show continue without him. 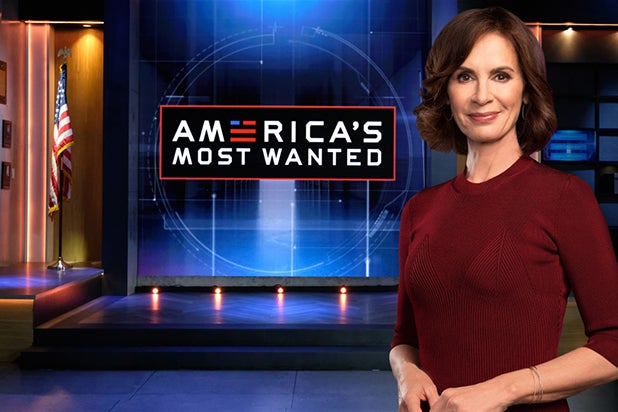 “Capturing dangerous fugitives, bringing justice to victims and finding missing children is my lifetime’s work,” Walsh said in a statement at the time. “I am so excited to hear ‘America’s Most Wanted’ is coming back and I support its return. God bless.”

(Walsh and his son Callahan are currently filming the third season of their ID series, “In Pursuit With John Walsh.” Over the course of its first two seasons, that series helped capture 23 fugitives and led to the recovery of six missing children.)

Vargas sees the chance to take over for Walsh as “AMW” host as a true honor.

“He did an amazing job,” Vargas said. “I actually interviewed him several times when he was the original host, back when I was hosting ‘Good Morning America’ on ABC. He leaves an amazing legacy and I’m thrilled and honored to follow his lead.”

Though the team at Fox has the stories selected for the first five episodes of “America’s Most Wanted,” Vargas explained that the nature of the show will see it build on itself every week.

“We will update in Episode 2 tips we might get from Episode 1. We’re doing this week by week, in real time, because this is a very interactive show,” she said. “We want to hear from our viewers, we want their tips — even if the tips don’t lead to anything. You just never know, it only takes one good tip to finally break this case wide open.”

“America’s Most Wanted” premieres tonight, Monday, at 9/8c on Fox. 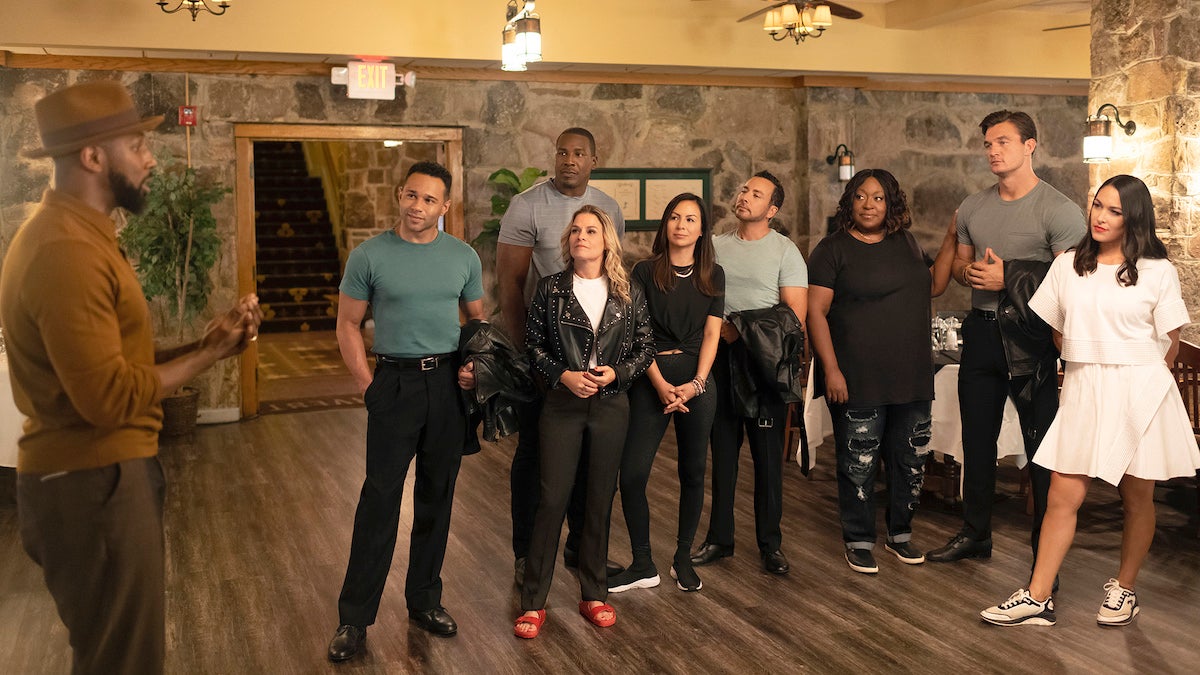