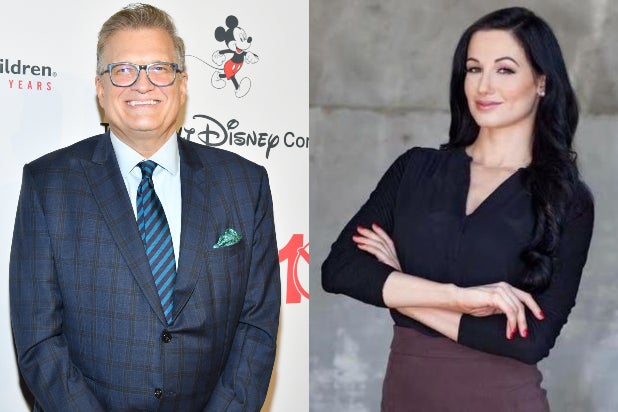 Amie Harwick, a Hollywood family and sex therapist and the former fiancee of Drew Carey, was killed Saturday at her Hollywood Hills home, according to the Los Angeles Police Department. She was 38.

Gareth Pursehouse, Harwick’s 41-year-old former boyfriend and Playa Del Rey resident, was arrested Saturday on suspicion of murder in the case. His bail was set at $2 million.

“On Saturday, February 15, 2020, around 1:16 a.m. Hollywood patrol officers responded to a radio call of a, ‘Woman Screaming,’ in the 2000 block of Mound Street in Hollywood Hills,” LAPD said in a statement to TheWrap Monday. “When officers arrived, they were met by a roommate who was in the street.  He informed officers that the victim was being assaulted inside of her residence. The roommate had jumped a wall and went to neighboring residences to call for help.”

“When officers went to make entry, they found the victim on the ground beneath a third story balcony. The victim was gravely injured.  She suffered significant injuries consistent with a fall. The victim was unresponsive.  The Los Angeles Fire Department transported the victim to a local hospital where she later died from her injuries. The investigation revealed possible evidence of a struggle in the upstairs as well as forced entry to the residence.  A canvass of the area located further evidence of an intruder (suspect) entering the property and leaving after the murder.”

The investigation is ongoing and the case will be presented to the District Attorney for filing consideration on Wednesday, according to LAPD.

Harwick, well-known as a Hollywood-based family and sex therapist, appeared in the 2015 documentary “Addicted to Sexting.” She was engaged to “The Price Is Right” host Carey in 2018, though the engagement ended later that year.