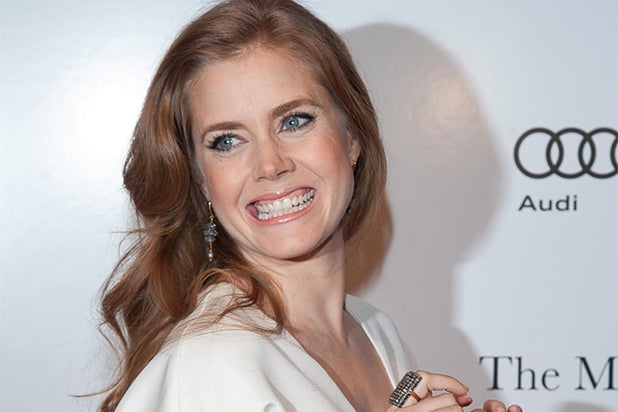 Amy Adams has broken her silence over “Today” show’s sudden cancellation of her interview earlier this week.

The actress, who was promoting her upcoming movie “Big Eyes,” confirms that she was pulled from the NBC morning show on Monday after refusing to answer questions about the Sony hack.

“I was informed that they had decided to pull the interview,” Adams told USA Today. “I was confused and definitely frustrated. I still don’t understand.”

Adams had been mentioned in one of the email leaks from the Sony cyberattack that revealed that she and co-star Jennifer Lawrence had earned far less than their male co-stars in “American Hustle.”

According to the actress, “Today” told her that it would go forward with asking about the cyberattack despite her refusal.

“I expressed that I was uncomfortable. I said I would rather not add my voice to this conversation,” Adams said. “But, it was clear they were drawing a hard line, that this would be part of the conversation.”

“Today” released the following statement to TheWrap on their decision to pull Adams’ interview:

“As a news program, the ‘Today’ show doesn’t allow guests to put restrictions on interviews. In this case, after hours of discussion we felt uncomfortable with the demands being made and we determined the best course of action for all parties involved was to cancel the interview.”

Individuals with knowledge of the situation told TheWrap different accounts of what transpired before Adams’ four-minute interview was canceled by “Today.”

Adams found out that her interview had been pulled literally as she stood at the side of the stage waiting for her on-air call, the person added.

One onlooker confirmed reports that Adams became aggressive: “Amy was shouting at the ‘Today’ show producers and pretty much anyone else, including the people she came with. There were several people who saw it. She was behaving poorly.”

Another person familiar with the situation told TheWrap, “Adams was professional, she scoffed a little when told about the ‘Today’ show’s journalism integrity. Still, it wasn’t a tumultuous conversation.”

And as to reports that Adams caused a “Today” producer to cry, the individual said that reps for Adams and “Big Eyes” producer The Weinstein Company didn’t see the producer get upset, inferring they would be unable to deny that it happened.

The insider said, “I believe that she apparently went to the control room and cried.”

Adams’ representative and The Weinstein Company declined to comment.

Tony Maglio and Jordan Chariton contributed to this report.