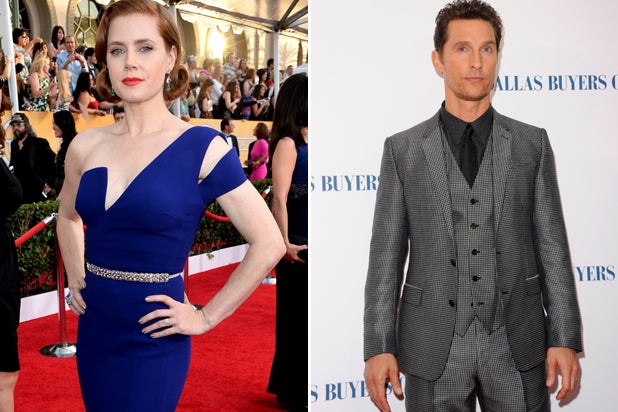 Bravo is getting in on the awards season with two new episodes of “Inside the Actors Studio” featuring Amy Adams and Matthew McConaughey on consecutive nighs in February.

Adams, who just won a Golden Globe and earned a fifth Oscar nomination for her role in “American Hustle,” will appear on the Wednesday, Feb. 19 episode at 8/7c.

The actress will discuss her career, which ranges several notable films such as “Junebug,” “Enchanted,” “Doubt” and “The Fighter.”

McConaughey, who won a Golden Globe and is up for an Oscar for his role in “Dallas Buyers Club,” appears on the Thursday, Feb. 20 episode of “Inside the Actor’s Studio” at 8/7c.

With a wide-ranging body of work that includes “Dazed and Confused,” “The Wedding Planner,” “How To Lose a Guy In Ten Days” and “Ghosts of Girlfriends Past,” McConaughey will discuss his break into the business; his wife model Camilla Alves’ take on him off-screen; his decision to go small screen with HBO’s “True Detective”; and the work that went into playing an AIDS patient in “Dallas Buyers Club.”