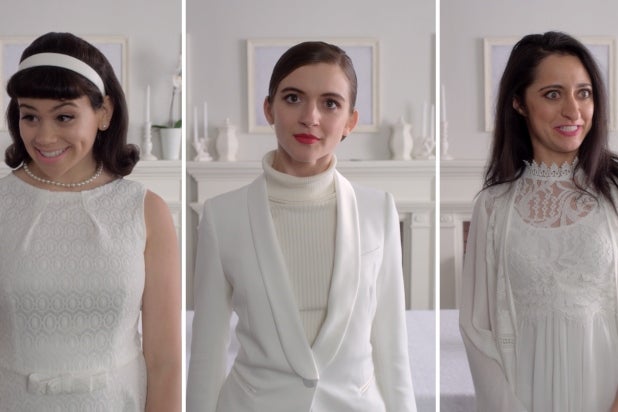 Per the network, the series embraces the absurd in the ‘burbs, following the surreal day-to-day lives of three “deranged” housewives, all named Debra. It takes place in the fictional, affluent suburban town of Lemoncurd, Connecticut.

The Three Busy Debras first rose to popularity in 2016 after they raised money to perform a show at Carnegie Hall, which sold out.

Adult Swim picked up the pilot last May from Paper Kite, and production for the first season is set to start later this year. A premiere date has not yet been set.

“Paper Kite is thrilled to help amplify the bold and bloody voices of the ‘Three Busy Debras.’ We hope this show makes you feel strange in all the right ways,” Poehler said in a statement.