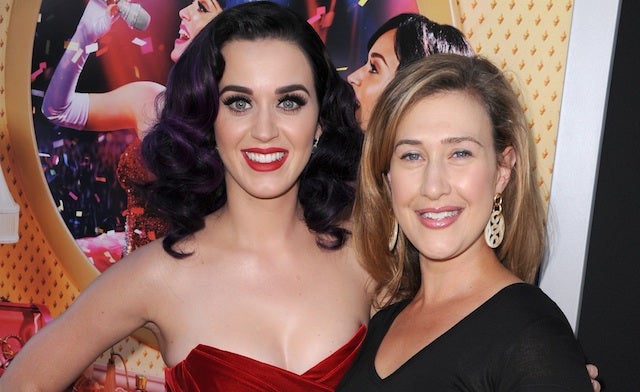 Paramount has tapped Amy Powell to run its nascent television division, the studio announced on Monday. Powell has been a rising star at the studio for several years thanks to her expertise in digital marketing and at Paramount Insurge, the studio's microbudget film division.

Powell (pictured above with Katy Perry) will retain those duties, shepherding the creation and marketing of popular web series like "Burning Love" and films such as "The Devil Inside." She will continue to report to Adam Goodman on the film side, vice chairman Rob Moore on digital efforts and Paramount Chairman & CEO Brad Grey for TV.

“Amy has proven herself to be a highly-talented, innovative and creative executive,” Grey said in a statement.  “Her skill and experience working across all platforms, at engaging audiences, and, most recently her work at Insurge, will be instrumental as we build a versatile television operation.”

"The idea is for Paramount to be a creative studio where talent can come and pitch us any idea for any screen," Powell told TheWrap in an interview Monday.

Grey, a powerful television executive before joining Paramount, has been itching to recreate a TV division at Paramount, as TheWrap reported in March.

Paramount operated a television studio for decades, dating to its predecessor — Desi Arnaz and Lucille Ball’s Desilu. It wasn’t until new owner Gulf + Western reincorporated Desilu and Paramount as Paramount Television that the studio became a real force in the industry.

Also read: Paramount's Brad Grey Wants to Build a TV Studio: Who Will He Hire to Run It?

Paramount produced a series of successful shows in the 1970s, including “Happy Days,” “The Brady Bunch” and  “Taxi” – all on ABC. In 1995, it launched a TV network called UPN (United Paramount Network), and around the same time Viacom acquired Paramount.

Viacom later acquired CBS, and though Paramount produced shows for the network, its library went to CBS when Viacom split the two companies in 2006.

Sources close to Grey have told TheWrap for months that he wanted to run the new TV division like a start-up, and there are few better candidates for that within Paramount than Powell, a pioneer Hollywood's slow embrace of digital marketing and social media.

Paramount formed Insurge after the success of its "Paranormal Activity" franchise and Powell's own creative divisions make projects quicker and cheaper than others at Paramount.

"I look forward to integrating the television group’s capabilities with what we are already doing to provide great content for our audiences on every screen," Powell said.