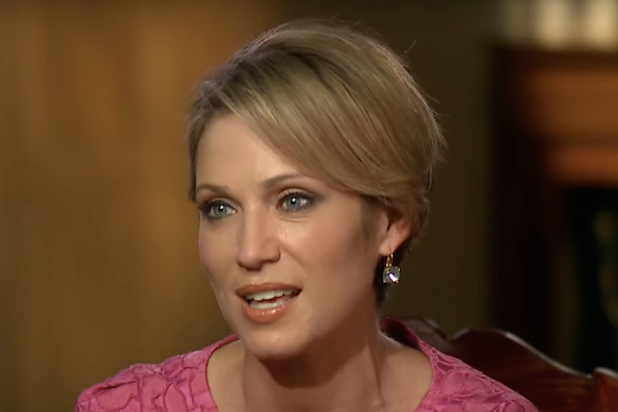 Amy Robach has been named David Muir’s co-anchor on “20/20.” In December, TheWrap exclusively reported that Robach was the frontrunner to replace Elizabeth Vargas in the job.

“Amy joins David, Deborah Roberts and the 20/20 team at an exciting time,” Goldston said Monday in a note to staff announcing Robach’s appointment. “The newsmagazine continues to innovate 40 years after its launch, but great journalism and distinctive storytelling are always at the heart of what we do, and Amy will help make an outstanding team even better.”

Here is Goldston’s email in its entirety:

I’m delighted to announce that Amy Robach will join David Muir as co-anchor of 20/20 starting at the end of May.  In addition to her new duties she’ll continue to report frequently for Good Morning America and across ABC News when major news breaks.

Amy, as we know so well, is a brilliant journalist and a skilled interviewer.  She has covered the biggest news events around the world, from the deadly terrorist attacks in Belgium and Manchester and the Pulse nightclub shooting to the poaching epidemic in Tanzania and the Olympic games in PyeongChang, Rio and Sochi.

Amy’s already well-known to our 20/20 audience for her reporting on some of the program’s most compelling work.  She’s proved uniquely capable of connecting with a diverse and fascinating group of people to tell their stories, including Tonya Harding, Gretchen Carlson, Hulk Hogan, former UVA dean Nicole Eramo, and Monica Lewinsky for her first network interview in over a decade.

Her tenacity as a reporter has been matched by her passion to help others after her breast cancer diagnosis.  Three years ago she wrote about her unexpected battle with cancer after an on-air mammogram on GMA.  Her book, “Better: How I Let Go of Control, Held on to Hope and Found Joy in My Darkest Hour,” became a New York Times bestseller.  By sharing her diagnosis and its aftermath publicly and candidly, she offers hope to millions across this country.

Amy joins David, Deborah Roberts and the 20/20 team at an exciting time.  The newsmagazine continues to innovate 40 years after its launch, but great journalism and distinctive storytelling are always at the heart of what we do, and Amy will help make an outstanding team even better.

Please join me in congratulating Amy on her new role.