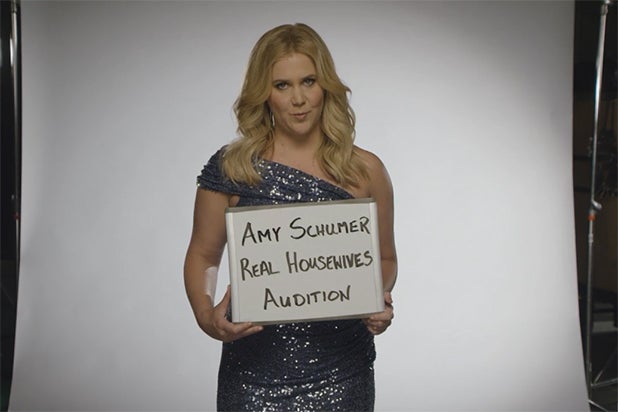 In a joke audition video posted to Bravo’s website, the “Trainwreck” star explains why she’d be a good addition to the show. “I am real, I’m in the house a lot. I’m not a wife, but I have had sex with a lot of married people,” she says.

“I’m also a good candidate because I will move anywhere,” she says, offering to become a Real Housewife of Newark or Cincinnati.

The clip also features Schumer sharing her life philosophy. “If it were one word, it would be ‘condoms?'” she says.