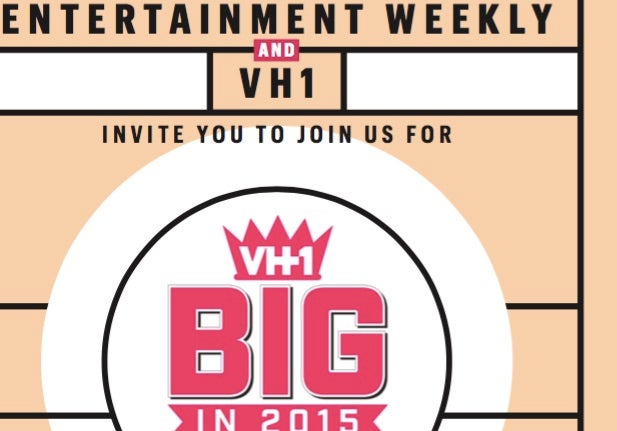 The special will premiere on Monday, Dec. 7 at 9 p.m. ET on VH1. Schumer and Henson will be honored by their “squads,” who will be announced in the weeks leading up to the special.

The honorees will also be featured in EW’s Entertainers of the Year issue, which will hit newsstands on Nov. 25.

“ and dominated the cultural conversation and helped define the biggest moments in pop culture throughout 2015,” Chris McCarthy, general manager of VH1 and Logo Networks, said in a news release.

“Entertainment Weekly is the perfect brand to partner with to revive the ‘Big In’ franchise and create an unforgettable night that will bring viewers into the intersection of our two pop culture filters,” McCarthy continued.

“For EW’s 25th anniversary, I’m thrilled that we are partnering with VH1 to bring our Entertainers of the Year issue — one of our most popular franchises — to life on TV and to expose it to an even bigger audience,” Henry Goldblatt, Editor of Entertainment Weekly, said.

“VH1 viewers and EW readers are in for a great time as they watch the entertainers who were Big in 2015 celebrate, joke and party with their friends.”

The special will be taped on Sunday, Nov. 15 at the Pacific Design Center in Los Angeles.