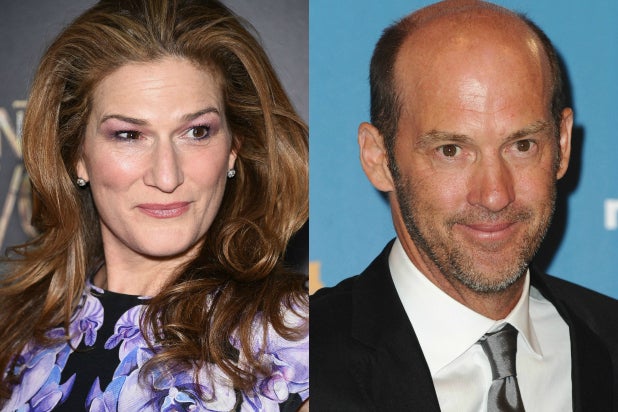 A woman and a man are joining a bunch of “Girls,” with Ana Gasteyer and Anthony Edwards set to play Shoshanna’s (Zosia Mamet) parents on the fourth season premiere of Lena Dunham‘s HBO comedy.

In addition to the former “Saturday Night Live” and “E.R.” star making their “Girls” debut, also joining the show are Natasha Lyonne as Rickie; Gillian Jacobs as Mimi-Rose Howard; Marc Maron as Ted; Zachary Quinto as Ace; Jason Ritter as Scott; Maude Apatow as Cleo; and Spike Jonze as Marcos.

Each of those guests were previously reported.

Also Read: ‘Girls’ Cuddle Up Next to Boys in New Season 4 Trailer (Video)

In the season premiere, following a congratulatory dinner with her parents (Becky Ann Baker, Peter Scolari), Hannah (Dunham) and Adam (Adam Driver) pack up the last of her boxes and discuss “the plan” for their soon-to-be long-distance relationship, HBO said in a Wednesday press release. Meanwhile, Marnie (Allison Williams) and Desi (Ebon Moss-Bachrach) perform as part of a jazz brunch for a distracted crowd at a downtown restaurant.

Also, Shoshanna signs for her diploma with her parents, who make a bigger deal out of the event than she finds necessary. Jessa (Jemima Kirke) is confronted by Beedie’s (Louise Lasser) daughter, Rickie, and later seems nonplussed by Hannah’s impending departure. That “nonplussed” is HBO’s big word, not ours.

The Season 4 opener was penned by Dunham and Judd Apatow, and directed by Dunham.