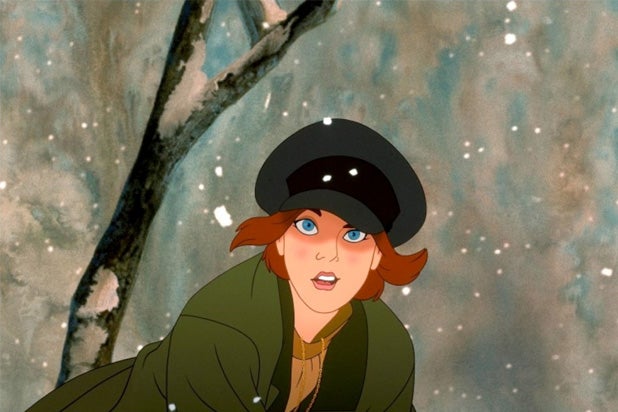 A stage musical adaptation of the Fox animated movie “Anastasia” has set its Broadway premiere for April 24, 2017 at the Broadhurst Theatre, producers announced Tuesday.

“Anastasia” features songs from the 1997 film, including composer Stephen Flaherty and lyricist Lynn Ahrens’ Oscar-nominated “Journey to the Past,” as well as an entirely new score from the Tony Award-winning team. Terrence McNally, who previously worked with Ahrens and Flaherty on the 1998 Broadway classic “Ragtime,” wrote the book for the show.

Also Read: 15 Top-Grossing Broadway Musicals of All Time From 'Hairspray' to 'The Lion King'

“Anastasia” follows Altomare as a brave young woman who travels from the twilight of the Russian Empire to 1920s Paris seeking to discover the mystery of her past.

“After finishing a record breaking run in Hartford, we look forward to bringing the magic of Anastasia to Broadway audiences next spring,” producers Bill Taylor and Tom Kirdahy said in a statement. “In Hartford, we saw people ages 8-100 travel from all over the world to enjoy Anastasia’s enduring story.”

For the record: A previous version of this story bungled the names of composer Stephen Flaherty and lyricist Lynn Ahrens.