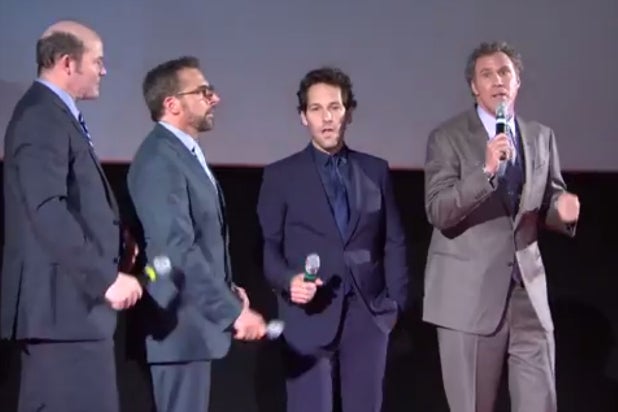 The news team’s still got it.

Also read: ‘Anchorman 2’ Moves Up 2 Days to Get a Jump on Crowded Christmas

The song, originally sung by Starland Vocal Band in 1976, was reinvigorated by the cast in the original “Anchorman” film.

The comedic live rendition at the sequel’s down under opening was truly delightful.

“Anchorman 2: The Legend Continues” will now open on Wed. Dec. 18, not the 20th as originally planned.