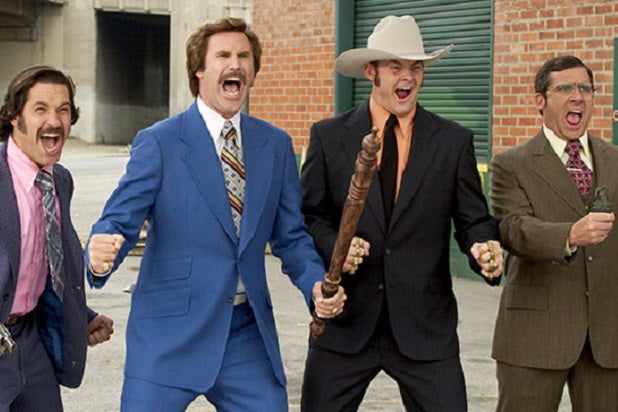 The “Anchorman” sequel is expected to be one of the holiday’s season’s bigger films. Will Ferrell reprises his role as TV newsman Ron Burgundy and co-stars Paul Rudd, Steve Carell and David Koechner return as well. Adam McKay directs.

The shift gives the comedy a little more of a jump on what’s shaping up as a very crowded Christmas corridor.

On that same day, the Weinstein Company’s “Mandela: Long Walk to Freedom” expands nationwide, as does the Justin Bieber concert documentary “Believe.” And the Meryl Streep-Julia Roberts dramedy “August: Osage County” gets a limited release.