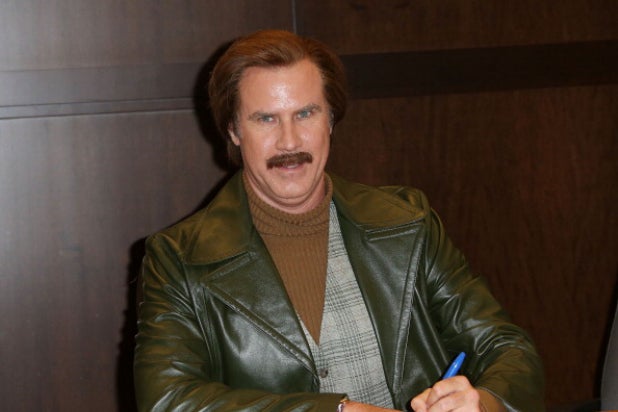 With Ron Burgundy coming to ESPN’s studios, let’s hope that nobody messes with the teleprompters.

Will Ferrell will guest-host the 6 p.m. “SportsCenter” in his famous “Anchorman” character on Thursday, Dec. 5, a person with knowledge of the situation told TheWrap.

The person said that the details have not been finalized, but it is unlikely that Ferrell will break from his Ron Burgundy character. Ferrell recently appeared in character on TBS’ “Conan” to promote Burgundy’s new book, and to insult the Dodge Durango — the very truck that the 1970s journalist has been hawking in 30-second increments on TV.