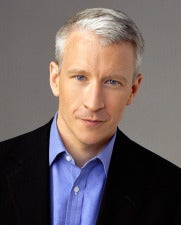 CNN's star anchor Anderson Cooper responded to TheWrap's report of drama going down at the cable news network with an email that's essentially just a long-winded version of the old "move along, nothing to see here" trick.

On Tuesday, TheWrap revealed that CNN is having a tough time. Cooper is unhappy with his EP David Doss, frustrated with his low ratings and flirting with other potential suitors. Meanwhile, Cooper's colleagues are apparently jealous of preferential treatment his show gets from the network.

TVNewser obtained an email Cooper sent to the staff of his show, "Anderson Cooper 360," that attempts to throw cold water on our reports of tension behind the scenes at CNN. Cooper's email said:

"Just in case you happen to believe what you read on the internet from unnamed sources, I just want you to know I am very happy at CNN, have no plans to leave, and am not in conflict with anyone. I am really proud of the work all of us are doing here in the Gulf, and all the other stuff just seems like silly gossip and sour grapes. All the best, a"

Cooper's email is a pretty transparent attempt at damage control. The accounts of tension at CNN and interest in Cooper from rival organizations that he dismisses as "silly gossip" were confirmed to TheWrap by multiple high-ranking insiders at the network.

Cooper may decide to stay at CNN when his contract expires next year, but it won't be due to a lack of interest from other suitors or because the network is one big, happy family. Cooper and his bosses would obviously like viewers to think that everything is fine and dandy at CNN, but we stand by our reporting.

Keep in mind, this email comes to us from the same network that spent the better part of the last month denying reports Larry King was leaving his show.

We all saw how that one turned out.