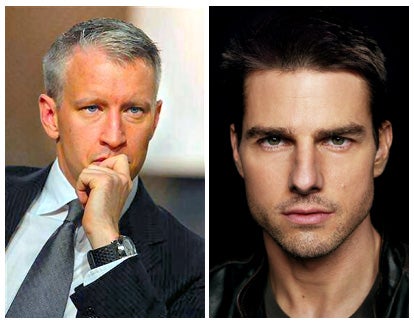 The Church of Scientology’s aggressive suppression tactics against journalists are well-documented (recall the recent spat between the church and the St. Petersburg Times, or that Tom Cruise indoctrination video and ensuing media standoff).

It sounds like CNN and Anderson Cooper are about to find out first-hand.

The cable network said on Thursday that it will debut the first of Cooper’s four part series – “Scientology:  A History of Violence” — on Monday.

The series centers on “allegations made by a number of former high ranking members of the Church of Scientology … about physical abuse they say took place within the Sea Organization, the international management branch of the church.”

Cooper says he’s already fielded e-mails from church members “complaining about the series, and accusing me of attacking the church, its beliefs, its membership, and its activities.” (He added: “Given that the emails are all very similar in content, I assume this is some sort of organized email campaign.”)

No shock there. A source at CNN tells me: "We have heard from their lawyers."

In a blog post announcing the series, AC tries to distance himself from past attempts at exposes about the church:

“I just want to point out that this series is not about the beliefs or activities of the Church of Scientology. It is not about the religion or the vast majority of Scientologists. This series simply has to do with what some former high ranking church officials say went on within the upper management of the church, and what happened to them when they left the church.”

If history is any indication, that probably doesn’t matter. As one commenter put it: “I applaud your courage to do this investigation. Surely you must be aware of the amount of money and energy the church will spend in trying to suppress this story and also to discredit you.”

Well, Cooper is undoubtedly aware — he’s taken on Scientology before. In 2005, he investigated an alleged Scientology “bunker” in the New Mexico desert. And in 2008, Cooper used the Cruise video as a jumping off point to discuss criticism of the religion.

For more background on Cooper’s clashes with the church, click here.