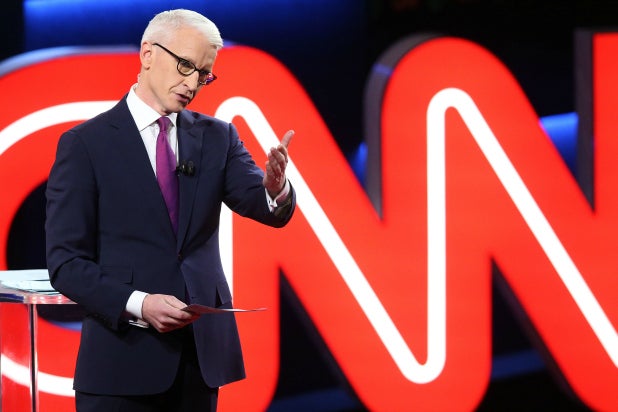 Cooper quoted a Saturday tweet from the president where he said he wasn’t “disturbed” by the communist dictatorship testing weapons, despite his “handpicked” National Security Advisor John Bolton saying the testing violated a United Nations resolution. In the same tweet, Trump said he “smiled” when Kim “called Swampman Joe Biden a low IQ individual,” one of the president’s favorite disses. Cooper then aired footage of the president saying he viewed Kim “as a man that wants to get attention, and perhaps not. Who knows? It doesn’t matter.” That response set Cooper off.

“The president of the United States should know, and that does matter,” Cooper said. “And if the president doesn’t know, he should take his fingers off the Twitter machine and maybe pick up a briefing book and do something that we all know he rarely does, which is read.”

Cooper continued: “The president still acts like he’s a powerless real estate developer in New York lying about building height and who he’s dating and calling up gossip columnists using pretend names to crow about his sexual process. The president is acting like a bystander.”

President Trump has met with Kim on multiple occasions since entering the White House and said at a rally last fall that he “fell in love” with the dictator, having been won over by some “beautiful letters.”

You can watch Cooper’s full seven-minute segment over on Mediaite.