Stoney Westmoreland, the actor best known for playing the title character’s grandfather on the Disney Channel series “Andi Mack,” has been sentenced to two years in federal prison for trying to lure what he thought was a 13-year-old boy into having sex.

Westmoreland, who was facing a 10-year prison sentence, has pleaded guilty to a lesser charge of using interstate facilities to transmit information about a minor, according to court documents obtained by NBC News.

The actor, who was fired by Disney after his 2018 arrest, will also be under supervised probation for 10 years and have to register as a sex offender for 25 years. He is also banned from all contact with minors without adult supervision and his computer devices will be subject to random searches. 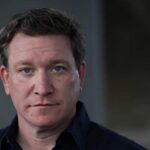 Westmoreland was arrested in Salt Lake City in December 2018, near where “Andi Mack” filmed, after he tried to make plans to meet up with an undercover officer posing as a 13-year-old on Grindr. He was charged with trying to entice, solicit, seduce or lure a minor by internet or text, as well as “dealing in materials harmful” to a minor, the Salt Lake County sheriff’s department said at the time.