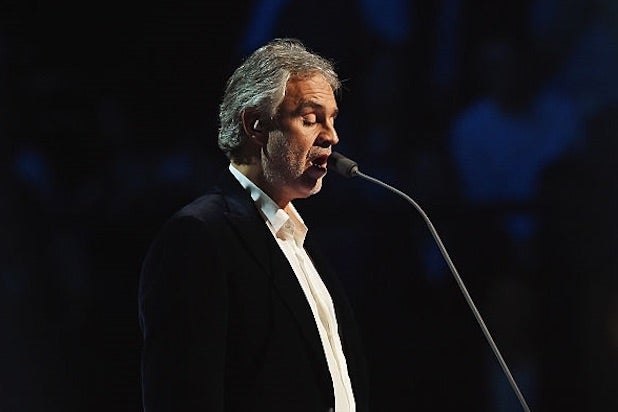 When word spread that Andrea Bocelli had been approached to sing at Donald Trump’s inauguration, opera fans hit social media and have literally begged the tenor to consider otherwise.

Bocelli fans were serious about the issue, threatening to #BoycottBocelli if he chooses to perform at the Jan. 20 celebration.

“Dumped @AndreaBocelli CD’s in trash, won’t be buying tickets to Feb. Orlando concert after all. DONE with him. Will #boycottBocelli forever,” @relevanne tweeted. And she’s not the only one vowing to turn against Bocelli.

.@AndreaBocelli hope whatever Trump is paying you makes up for the millions of fan dollars you're going to lose. #boycottbocelli

.@AndreaBocelli I love your voice, but will feel obligated to join #BoycottBocelli if you sing at Trump's coronation.???? Please don't.????????

Surely Andrea Bocelli isn't considering performing for Trump's inauguration? If so then #BoycottBocelli is on!

How many fans does @AndreaBocelli have in red states?Blue states? If he performs at the traitor's inauguration I'll have to #BoycottBocelli

Contact @AndreaBocelli's booking agent & manager to warn of #BoycottBocelli if he sings for fascist Trump. ????https://t.co/7fDJ9Kvv8F

#BoycottBocelli dammit!!! Spent I $300 on tix for tomorrow. So pissed right now. Bought my tix in March. Wish I knew AB is a DT supporter!

I hope @AndreaBocelli backs out. If he doesn't then he'll forever be associated with Trump & I will #BoycottBocelli https://t.co/Of5rxnm1l1

Dumped @AndreaBocelli CD's in trash, won't be buying tickets to Feb. Orlando concert after all. DONE with him. Will #boycottBocelli forever.

Facebook came down even harder on the world-renowned recording artist. Here are just a few of the hundreds of messages left for the Italian classical singer:

Dear Andrea Bocelli, you bring so much joy and beauty to the world that I was shocked to hear you might perform at Trumps inauguration!! I BEG OF YOU TO RECONSIDER! He is the opposite of everything you represent and this connection will forever be a stain in your image. I for one, will never look at you the same way again. Please, don’t do it! — Isa Kendall

Mr Bocelli, please do not sing for Donald Trump. He stands for racism, misogyny, and hatred of others. Music is beautiful, sacred. Don’t let this man buy you and desecrate art, hope, and beauty. — Alodiah Lunar

Dear Andrea: Music IS a beautiful thing. I believe you have been asked to sing for Donald Trump a man who has openly mocked disabled people. You are a disabled person. It is an ugly man who would openly mock disability. Why would you want to do something beautiful for someone who shows the world that ugliness is O.K.? — Tom Armstrong

It doesn’t look as if finding performers for the inaugural parade is any easier. According to NBC, “At least one D.C. public school marching band has participated in the past five inaugural parades, but none applied for consideration this year.”