On Thursday morning, the Costume Designers Guild announced who the group will honor at its 24th annual awards, to be held on March 9 at the Broad Stage in Santa Monica. Actor Andrew Garfield will receive the Spotlight Award, producers Amy Pascal and Rachel O’Connor (who is president of film and television at Pascal Pictures) will receive the Distinguished Collaborator Award and costume designer Sharen Davis the Career Achievement Award.

In a statement, the president of the Costume Designers Guild, Salvador Perez, said: “Andrew Garfield’s history with costume design has transcended genre. A tech giant, a decorated soldier, a superhero, and now, with his performances in The Eyes of Tammy Faye and tick, tick…BOOM!, he has proven that he can do, and wear, just about anything. We are thrilled to be welcoming Amy Pascal and Rachel O’Connor to our roster of amazing distinguished collaborator recipients. Their respect of the art of costume design speaks for itself.” 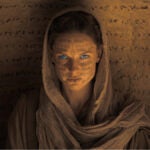 Speaking about the two-time Oscar nominee for “Ray” and “Dreamgirls,” Perez continued: “And what can we say about Sharen Davis that she hasn’t already told us through her work? Her designs have included some of the most iconic costumes to grace our screens and it is our pleasure to celebrate her contributions to film and television alongside our other honorees at this year’s award ceremony.”

The CDG will be announcing hosts and presenters of the 2022 celebration in the coming weeks.