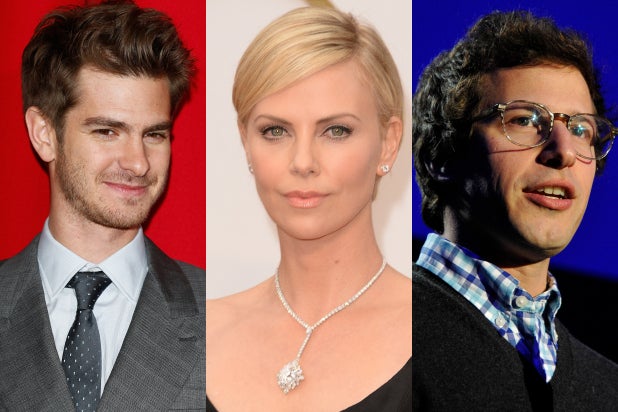 One Spider-Man, one returning cast member and one Charlize Theron are signed on to host “Saturday Night Live” episodes next month.

Their musical guests are Coldplay, the Black Keys and St. Vincent, respectively.

Garfield can be seen in “The Amazing Spider-Man 2” on May 2. Coldplay will make their fifth appearance as musical guest on Garfield’s episode. The band’s latest album, “Ghost Stories,” will be released on May 19.

Theron stars alongside Seth MacFarlane in the upcoming western comedy “A Million Ways to Die.” The Black Keys will make their third musical guest appearance on the May 10 show. Their next album, “Turn Blue,” is out May 13, featuring the single “Fever.”

Samberg currently stars in the Fox television series “Brooklyn Nine-Nine,” for which he won a 2014 Golden Globe. St. Vincent will make her musical guest debut with him on May 17. St. Vincent released her self-titled fourth album in February.