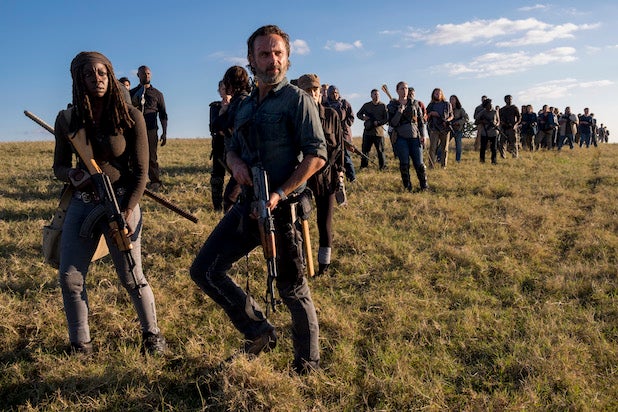 (Warning: spoilers for Season 8 ahead)

“The Walking Dead” star Andrew Lincoln will not be returning to the longstanding zombie drama after the upcoming Season 9, an individual with knowledge of the situation told TheWrap.

Lincoln plays Rick Grimes, who has been the main character of the show since Season 1. Rick’s son Carl (Chandler Riggs) died during Season 8, though both characters are still alive in the comic books written by Robert Kirkman on which the show is based. Lincoln will appear in six episodes next season, according to Collider, who first reported the news.

Lincoln isn’t the only cast member whose future with the show has been in flux. Lauren Cohan, who plays Maggie, recently landed “Whiskey Cavalier,” a new series on ABC opposite Scott Foley premiering during the Fall midseason. She will appear in Season 9, though.

Whether or not Cohan would return after Season 8 was up in the air as she held out for a better contract, but Cohan confirmed last month that she will be returning for at least six episodes in Season 9. “I’m going back,” she said in April during a panel for her upcoming movie “Mile 22.”  “There’s a lot more Maggie story to tell.”