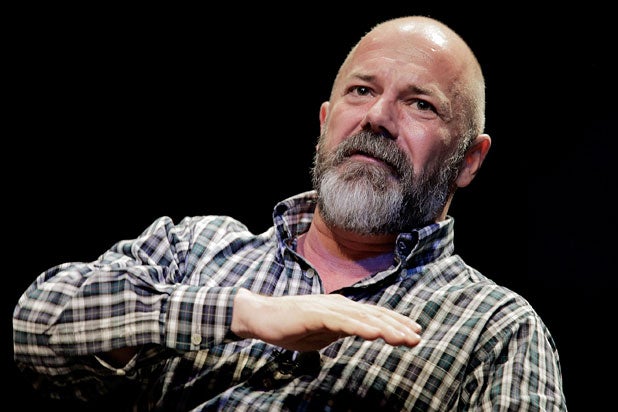 Acclaimed blogger Andrew Sullivan told his readers Wednesday that he will retire from blogging soon.

“Before our annual auto-renewals, I want to let you know I’ve decided to stop blogging in the near future,” he wrote on The Dish.

“I am saturated in digital life and I want to return to the actual world again,” he continued. “I’m a human being before I am a writer; and a writer before I am a blogger, and although it’s been a joy and a privilege to have helped pioneer a genuinely new form of writing, I yearn for other, older forms.”

Sullivan noted his desire to slow down and actually digest stories and books more thoroughly.

“I want to read again, slowly, carefully. I want to absorb a difficult book and walk around in my own thoughts with it for a while. I want to have an idea and let it slowly take shape, rather than be instantly blogged. I want to write long essays that can answer more deeply and subtly the many questions that the Dish years have presented to me. I want to write a book.”

Over the last two decades, Sullivan became one of the preeminent bloggers in America, known for his writings on the Iraq War, marriage equality and Israel. On the Iraq War, Sullivan adamantly supported the initial 2003 invasion, but years later acknowledged being wrong and called out Republicans who wouldn’t do the same.

One of Sullivan’s most notable pieces was from 2012, when CNN anchor Anderson Cooper publicly came out as gay for the first time.

Sullivan wrote for “The New Republic,” “Time,” “The Daily Beast,” and “The Atlantic” before launching his own subscription-based site, “The Dish,” in 2013.

In his retirement blog post, Sullivan noted how well his site has fared in two years.

“In just two years, you built a million dollar revenue company, with 30,000 subscribers, a million monthly readers, and revenue growth of 17 percent over the first year,” he said.

One of the most powerful parts of Sullivan’s retirement announcement came when he spoke about wanting to take advantage of the time left with his parents, husband and friends.

“I want to spend some real time with my parents, while I still have them, with my husband, who is too often a ‘blog-widow’, my sister and brother, my niece and nephews, and rekindle the friendships that I have simply had to let wither because I’m always tied to the blog. And I want to stay healthy. I’ve had increasing health challenges these past few years. They’re not HIV-related; my doctor tells me they’re simply a result of fifteen years of daily, hourly, always-on-deadline stress. These past few weeks were particularly rough — and finally forced me to get real.”