Andy Cohen knows his comments during CNN’s “New Year’s Live” made headlines, but he refuses to let anyone give him a guilt trip.

“I will not be shamed for having fun on New Year’s Eve,” Cohen told Howard Stern Tuesday when he called in to the host’s eponymous SiriusXM show. “That’s why I’m there. That’s why they bring me there.”

Cohen’s comments, including his remarks about departing New York City Mayor Bill de Blasio and Ryan Seacrest made headlines, with Stern telling him, “Dude! You’re the talk of the town.” 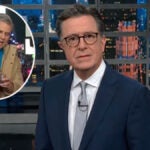 The Bravo star, however, made sure to note that the headlines were concentrated on things that were said during the show’s final leg, and didn’t highlight his earlier interviews or commentary.

“It’s a four-and-a-half-hour show. The booze started kicking in around 11:30. So everyone is focusing on kind of the last 45 minutes or hour that we were on the air,” Cohen told Stern. “I kicked into high gear with 45 minutes left. So we had done 15 interviews by that point. I won’t be shamed by it. I had a blast. Anderson had a blast. We left, we were like, ‘That was fun, what a fun New Year’s Eve… No apologies for my drinking on New Year’s Eve. None.”

While Cohen previously said his one regret from the night was some of his commentary about Ryan Seacrest (whom he’s since apologized to), the star told Stern there was actually something else still bugging him from the night.

“By the way, here’s another thing I regret: Towards the end of the de Blasio rant I said something like, ‘I have a feeling I’ll be here next year,’ and when I saw the clip, I was like, ‘Dude! That’s the clip they’re going to play when you get canceled this year.’ They’re going to be like, ’I guess he’s not going to be there next year.’ Although CNN announced yesterday that I’m coming back next year, so I’m happy about that,” Cohen said. 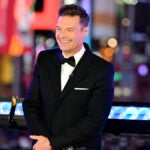