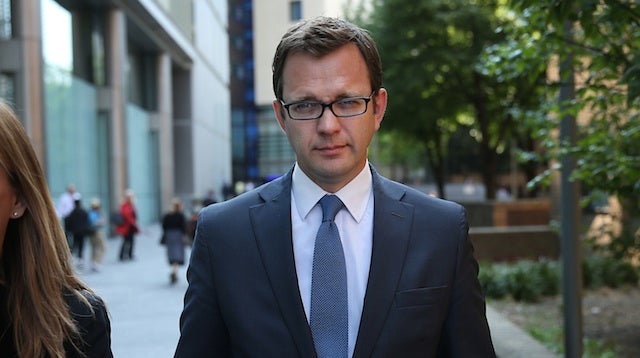 Andy Coulson, former editor of the shuttered U.K. tabloid News of the World, pled not guilty to criminal charges involving bribery and phone hacking on Thursday, according to a report in the London Evening Standard.

His implication in the phone hacking scandal raised troubling questions about the close-knit relationships between Britain's most powerful public officials and News Corp., the media conglomerate that owned the tabloid.

Coulson was granted bail and will go to trial this Fall. He faces one count of illegally intercepting phone calls and two counts of paying public officials for information, according to the BBC.

By denying the charges, he follows in the footsteps of Rebekah Brooks, a former top News Corp. executive and confidant of its chief Rupert Murdoch, who also pleaded not guilty earlier this week.

The scandal has prompted public investigations into corrupt practices at the country's papers and a series of embarrassments and costly legal challenges for News Corp.

The company is currently splitting itself into two separate companies — one of which will house its publishing assets, while the other would boast its more lucrative film and television businesses.