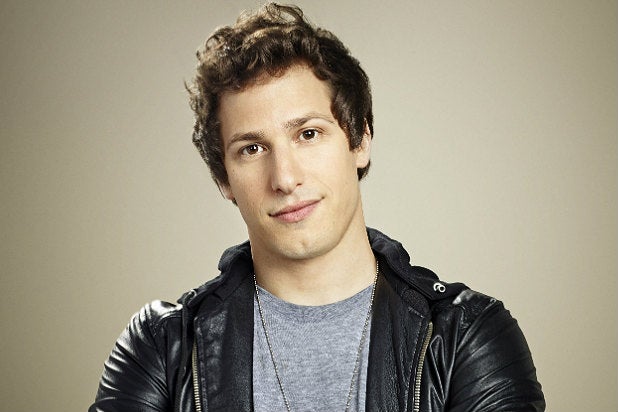 Andy Samberg is going meta with Quibi. The “Brooklyn Nine-Nine” star will host a cooking competition about bite-sized foods on the tech platform that plans to roll out its series in morsels.

Samberg will host “Biggest Little Cook-Off,” which Quibi describes as “a comedic competition series where the stakes are big and the plates are small.”

In an absurd showdown, two top chefs will battle to create the most delicious, salivating, mouth-watering, scrumptious … single bite of food,” according to the mobile-first media technology platform.

It continued: “Can these highly skilled chefs make spaghetti and meatballs on a plate the size of a dime? Sushi on a single grain of rice? Find out in ‘Biggest Little Cook-Off.'”

“Anyone who knows me knows I love dinky stuff. So when this show about dinky food came my way I said, ‘I like the dinky food,'” Samberg, who is also an executive producer, said in a statement. “I’m excited to bring my expertise in dinky things to the dinky cooking arena, and I’m also excited to bring a bag lunch, because the food is so dinky I’m for sure going to still be hungry after the shows.”

Michael Rosenstein, Stephen Kroopnick and Stu Schreiberg will executive produce alongside Samberg. The series is produced by Triage Entertainment, a Levity Live company.

Samberg is represented by UTA and ID PR.