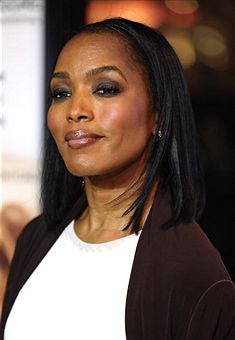 The character is in an important one in the DC Comics universe, having appeared in several TV series including "Smallville," "Batman Beyond" and "Justice League."

The Playlist speculates that Waller "could be used as a potential ‘bridge’ character, not unlike Samuel L. Jackson’s Nick Fury in the Marvel films, able to link different DC superhero storylines and universes together." If that’s the case, then sign me up for more DC movies!

Bassett comes from humble beginnings, first catching my pre-pubescent eye during her shower scene in "Critters 4." All kidding aside, I firmly believe she is one of Hollywood’s most underrated dramatic actresses. Her resume is full of grade-A work in "Boys n the Hood," "Malcolm X," "What’s Love Got to Do with It," "Waiting to Exhale" and "How Stella Got Her Groove Back." But my favorite Bassett performance is her ass-kicking turn as ‘Mace’ in Kathryn Bigelow’s "Strange Days." I’ve always considered ‘Mace’ one of the toughest female characters in movie history, right up there with Ellen Ripley, Sarah Connor, Foxy Brown, Beatrix Kiddo and Trinity.

She’ll be perfect as the villainous Waller, who in the comic, effectively becomes the coach of the Suicide Squad, a group of captured super-villains who the government forces to spy on its behalf, with the promise of eventual freedom. It’s unclear if the Suicide Squad will appear in "Green Lantern," or whether Waller will be used to set it up for sequels down the road.

Martin Campbell directs the superhero movie starring Ryan Reynolds, Peter Sarsgaard, Blake Lively, Mark Strong, Temuera Morrison and Tim Robbins. I’m not nearly as familiar with the Green Lantern character as I am with Superman or Batman, but my comic book ignorance aside, that is one impressive cast WB has lined up.

Look for Hal Jordan to light up the box office when "Green Lantern" opens on June 17, 2011.