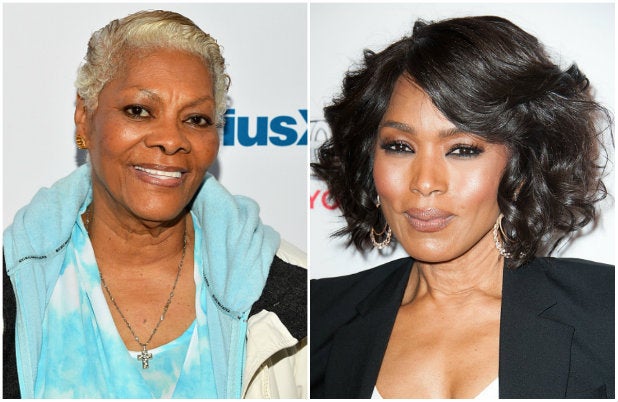 Bassett said she reached out to Warwick in hopes she’d carry positive words back to the Houston family, in light of matriarch Cissy Houston speaking out publicly against the film in July.

“Well, I’ve spoken to Dionne. I was able to show it to her because I want Miss Cissy to see it,” Bassett told TheWrap at a Paley Center screening of the movie in Beverly Hills on Tuesday.

“This is their heart, so we don’t play with folks’ hearts. I was able to show Dionne, and it went very well. She appreciated it. So, now she can go and report to their auntie that we honored her.”

Plenty of bold names showed to catch a first look at Bassett’s work at the event, including her husband Courtney B. Vance, Magic Johnson and Anthony Anderson.

Cast members Yaya DaCosta and Arlen Escarpeta, who played Whitney and Bobby Brown respectively, stood by Bassett’s side, as did Deborah Cox — the noted R&B singer who re-recorded five original Whitney tracks for the film, including “I Will Always Love You” and “I’m Every Woman.”

The arc of the film centers solely on Bobby and Whitney’s romantic journey, from superstar puppy love to addiction and heartbreak. While sympathetic, the film doesn’t shy from the icon’s ugly moments. Bassett didn’t waver.

“Never did I think, ‘I shouldn’t have done this.’ There might have been moments where you say, ‘How’s it going to come together? Will people receive it positively?’ But I really felt her presence, and I knew it would be OK,” Bassett said. “Her spirit was with us.”